APS is honoring leading researchers in the areas of stereotypes, eyewitness identification, and treatment of depression with the 2017 James McKeen Cattell Fellow Awards. Robert J. DeRubeis, APS Past President Susan T. Fiske, and Gary L. Wells each will be presented with APS James McKeen Cattell Fellow Awards — which recognize a lifetime of outstanding contributions to the area of applied psychological science — at the 2017 APS Annual Convention in Boston. Each recipient also will give an award address at the convention. 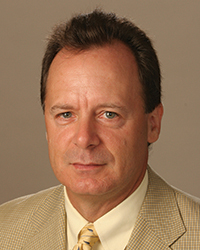 DeRubeis, an APS Fellow and the Samuel H. Preston Term Professor in the Social Sciences at the University of Pennsylvania, is internationally renowned for both his research and his theoretical approach to psychotherapy and its causal mechanisms for treatment outcomes. His area of study, primarily examining depression and the effective treatments for it, is designed to focus on the individual patient as opposed to the broad, overarching category and style of treatment for the disorder. As a graduate student, DeRubeis made the groundbreaking finding that cognitive behavioral therapy is as efficacious as antidepressant medication, but that unlike antidepressants, cognitive behavioral therapy protects against relapse. Since then, he has produced a lifetime of compelling research on treating depression and the contextual factors for each patient. Utilizing varied demographical information including personality factors, genetics, and patients’ neuropsychological states, his lab is currently working on a model to determine the best treatment for depressed patients. DeRubeis’s award address is titled “Moderation in All Things: A Call to Focus on Individual Differences in Mental Health Treatment Research.” 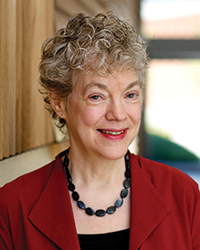 Fiske, the Eugene Higgins Professor of Psychology and a professor of public affairs at Princeton University, has written more than 350 articles and book chapters. Her multiple books include several editions of Social Cognition. She is considered a leading expert on stereotypes, prejudice, and discrimination. Her research had a real-world impact on a 1989 US Supreme Court case, Price Waterhouse versus Hopkins, in which Fiske substantiated the presence of gender discrimination based on submitted comments evaluating Hopkins; Hopkins later won the landmark case. She also has testified before President Clinton’s Race Initiative Advisory Board and in many discrimination cases in workplaces ranging from shipyard and assembly-line settings to international investment firms. Currently, her research is examining emotional prejudices (e.g., pity, contempt, envy, pride) at the cultural, interpersonal, and neural levels. Fiske’s award address is titled “Ambivalent Stereotypes Support Inequality and Conflict — or Peace.” 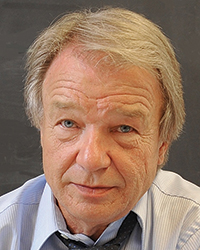 Coauthor of a new report in Psychological Science in the Public Interest that is already spurring changes in the US and UK criminal justice systems, Wells is a leading expert on eyewitness testimony and an APS Fellow. His seminal research introduced the concept of a double-blind lineup in eyewitness identification — that is, one in which the administrator does not know who the suspect is and so could not inadvertently influence the witness. In 1998, Wells was asked by the US Attorney General to join a US Department of Justice task force that went on to write the new, informative training manuals and guides for law enforcement officials on how to collect eyewitness testimony. Wells is a Distinguished Professor and the Wendy and Mark Stavish Chair in Social Sciences at Iowa State University. Over the course of his career, he has written more than 200 articles and book chapters, as well as two books. Wells has appeared on CNN, Oprah, NBC World News Tonight, and 60 Minutes, and his research has been discussed in publications such as The Atlantic, The New Yorker, The New York Times, Chicago Tribune, Time, and more. His award address is titled “Understanding and Controlling Mistaken Eyewitness Identification: Contributions of Psychological Science.”

APS convened a group of psychological scientists, linguists, and others in May in Boston, MA to discuss an American Academy of Arts & Sciences report on language learning.