Hazel R. Markus (Stanford University), Daniel L. Schacter (Harvard University), and Robert J. Sternberg (Cornell University) will receive the APS William James Fellow Award — recognizing their lifetime of intellectual contributions to the basic science of psychology — at the 2017 APS Annual Convention, May 25–28, in Boston. All three will deliver award addresses at the convention. 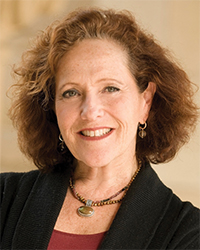 Markus, an APS Fellow, is known for her seminal work examining how people think about the self. Her research has shown how our self-schemas affect our motivations, achievements, and actions. Markus’s pioneering investigations at the intersection of self and culture helped to lay the foundation for the now-burgeoning field of cultural psychology. She is the Director of Stanford’s Research Center for Comparative Studies in Race and Ethnicity, which encourages multidisciplinary research and diversity in the field of psychological science. In her award address, Markus will discuss how promoting interdependence can bridge cultural divides and also enhance individual motivation and performance. 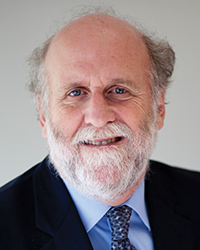 Schacter’s groundbreaking discoveries about how memory works — and how it fails — have cast new light on the constructive nature of memory. Schacter, an APS Fellow, has demonstrated that memory works as a “virtual reality simulator,” drawing on past events as a way of imagining the future and employing the same cognitive and neural networks for both tasks. Schacter’s priming experiments and case studies span 35 years of exploration, yielding deep insights into a complex human capacity. Schacter has titled his award address “Adaptive Constructive Processes in Memory and Imagination.” 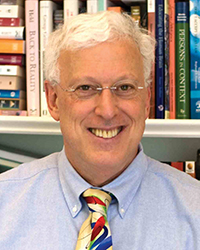 Sternberg, an APS James McKeen Cattell Fellow, is known for his triarchic theory of intelligence, which posits that there are three distinct facets of intelligence: analytic, creative, and practical. This theory has propelled the study of intelligence toward an increasingly cognitive-based approach, prompting the development of a concept Sternberg calls “successful intelligence.” This concept suggests that intelligence extends beyond academic prowess to real-world problem solving and goal-oriented behavior. His award address is titled “Are We Creating a Society of Smart Fools? Lessons From 40+ Years of Research on Human Intelligence, Creativity, and Wisdom.”

In addition to award presentations given by this year’s awardees, there will be a symposium in honor of APS Past President Mahzarin R. Banaji (Harvard University), who received the APS William James Award in 2016 but was unable to attend that year’s APS Annual Convention.

APS convened a group of psychological scientists, linguists, and others in May in Boston, MA to discuss an American Academy of Arts & Sciences report on language learning. More