Observer > 2019 > May/June > Back Page: Decoding Decision Making, One Neuron at a Time 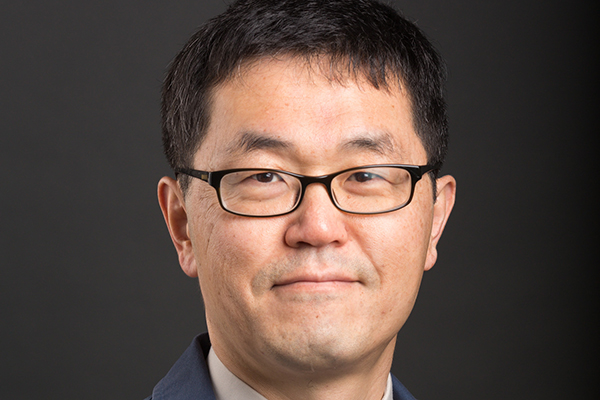 Yale University researcher Daeyeol Lee, a pioneering force in neuroeconomics, is integrating methods from a variety of disciplines — including economics, neuroscience, psychological science, and artificial intelligence — to understand the brain’s ability to make decisions.

You started in economics for your bachelor’s degree, transitioned into biology for your master’s, and ended up in neuroscience for your doctorate. Can you tell us about that academic path?

As a child, I wanted to become a physicist, but gave up that dream before entering college, because I thought that you must be a genius to be a physicist. During my freshman year, I realized that this is not the case. At the same time, I also learned that studying the human brain is the best way to understand human nature, so I chose to study neuroscience.

Your research often takes a micro-level focus, looking at the activity of individual neurons. What can we learn from these single-neuron recordings?

Understanding the brain requires investigations at multiple levels, ranging from studies on the molecular mechanisms of synaptic transmissions to the functions of large brain structures, such as the cerebral cortex. We focus on the spiking activity of individual neurons because deciphering this neural code is the key to understanding the brain at all levels.

How have the transitions between different universities shaped your work?

Moving the lab across different universities is challenging, but it is extremely rewarding because you get the opportunity to get acquainted with and learn from new colleagues. In addition, my appointments at Wake Forest University and Yale University were in the medical school, which provided more time for research, whereas positions in schools of arts and sciences (e.g., University of Rochester) have given me opportunities to teach undergraduate students. I enjoy both environments.

You’ve expressed excitement about opportunities afforded by machine learning and artificial intelligence (AI) — how will these complement your work?

I am curious to find out how much flexibility and autonomy AI will acquire in the next several decades, and how an effort to develop such AI will benefit from new findings from neuroscience. In addition, I would like to learn as much as possible about new AI techniques that can help us analyze the increasingly huge amount of data we are getting from our laboratories.

Can you give us a sneak peek of your upcoming book, The Birth of Intelligence?

We talk so much about artificial intelligence, but seldom about what intelligence really is. In my book, which will be published in the fall of 2019, I argue that intelligence is a function of life that supports solving complex problems in a variety of uncertain environments. To support this argument, I draw examples from intelligent behaviors in a variety of lifeforms, including plants and bacteria, and compare them with seemingly intelligent behaviors of human-made machines. I look forward to counterarguments.

On July 1, 2019, Lee will join Johns Hopkins University as a Bloomberg Distinguished Professor working primarily within the Krieger Mind/Brain Institute.

Observer > 2019 > May/June > Back Page: Decoding Decision Making, One Neuron at a Time