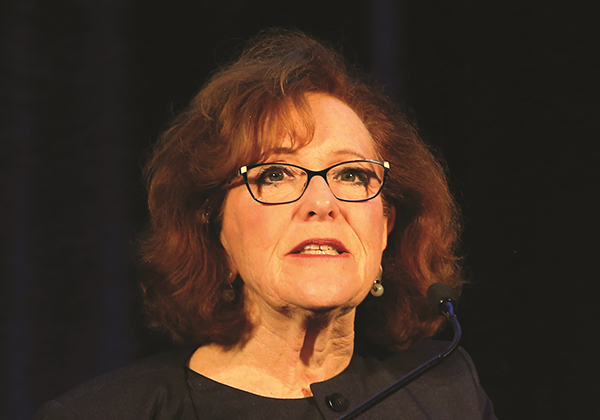 Americans pride themselves on a certain sense of independence. Children are taught to express and promote their individuality and creativity from an early age, and workplaces often encourage employees to show initiative and stand out from their colleagues. Yet given the tasks we face and the resources available, many of us are much more interdependent than psychologists realize.

APS William James Fellow Hazel R. Markus says that, although US institutions promote independent attitudes, “in our current, diverse America, the majority of Americans are actually more practiced and more familiar with a relatively interdependent way of being.” The 68% of Americans without a college degree, and most people of color, are likely to have had considerable practice and familiarity with interdependence — adjusting to relationships, fitting in, and cultivating an awareness of one’s social rank. During her award address at the 2017 APS Annual Convention in Boston, Markus underscored the importance of further research into interdependence. She presented a framework developed in her book Clash! How to Thrive in a Multicultural World, coauthored with Alana Conner of Stanford University.

As co-director of the Social Psychological Answers to Real-world Questions (SPARQ) center at Stanford University, Markus has hosted research clinics that bring together practitioners from fields as wide-ranging as education, health, and law to examine how they interact with the populations they serve. The social psychologists at SPARQ found that “practitioners seem to be using an independent model of how to behave on populations most familiar with an interdependent way of behaving,” she said, adding that the one of the center’s goals is “to create and share social psychological innovations with people working to improve society.”

Markus explained that some subsets of Americans are more culturally attuned to an interdependent way of life. For example, working-class individuals will, on average, interact more with friends and family; move less, geographically speaking; and have jobs that offer less choice and control than their professional-class counterparts. They also place particular emphasis on teaching their children to fit in, observe the community hierarchy, and follow cultural traditions. For these societies, “interdependence is actually a very useful strategy,” she said.

“If there are too few resources to go around, then relating and fitting in with other people helps build networks that can deliver both material and emotional support,” Markus said. “Surviving is a very important aspect of the [interdependent] way of being that I think we understand much too little of in psychology.” For example, much of the new research on the psychological consequences of social class demonstrates that working-class people tend to be particularly attuned to other people and particularly sensitive to threat and exclusion.

Young adults who grow up in an interdependent communities and hope to branch out may face difficulties, Markus said. Along with Nicole Stephens (Northwestern University) and Stephanie Fryberg (University of Washington) and other colleagues, she has found that even something as innocuous as a university admissions letter can have a profound effect on a first-generation student’s self-confidence. In examining the letter Stanford University sends to accepted students, Markus found language geared toward individuality and independence — sentences along the lines of “We’re so excited that you chose Stanford.” The researchers designed a version that highlighted interdependence — e.g., “We’re so excited that you and your family will be joining the Stanford community.” They found that first-generation students given the community-oriented letter performed better on both verbal and nonverbal tasks than those given the traditional version. When this higher-education institution was framed as “a place for interdependence where families are included or at least mentioned, where there’s a place for family, where relationships with others are important, where you can collaborate and cooperate,” students unfamiliar with the process felt that the tasks were easier and performed better, Markus said.

The conflict between interdependence and independence continues once students are actually enrolled in college, Markus continued, using an example that compared students of color with European American students.

“When you are in a group that’s the nondominant group … you are quite likely to experience yourself as interdependent,” she said. “That is the case because what others think of you when you’re in the minority position has more impact on your behavior. As a function of a stereotype, you are often seen not as a separate individual but as only as a member of your ethnic or racial group. This interdependence then can have … very negative consequences for behavior.”

Markus and collaborator Tiffany Brannon of the University of California, Los Angeles, wondered whether framing interdependence in a positive way that evoked pride in one’s racial group could help minority students embrace the college experience. They asked a sample of African American and European American students to evaluate one of two new history courses (created for the experiment): One focused on African American culture and the other on European American culture. The course descriptions presented very positive representations of both classes, thereby casting interdependence with the African American experience in a favorable light rather than in the negative light in which it is often presented.

The results were marked: African American students who evaluated the African American culture course solved more word problems correctly, persisted longer on a math test, and gave more creative answers on a creativity test than their counterparts who evaluated the European American course. Teaching minority students that interdependence has positive aspects seemed to boost their self-confidence and persistence on academic tasks.

College graduates from working-class backgrounds also face unique challenges when job hunting, Markus said, because workplaces privilege applicants who show initiative and assert themselves. Those raised in an interdependent setting and unaccustomed to taking charge can thus be at a disadvantage. This is especially the case when compared with their peers from college-educated backgrounds who have practiced independence and self-promotion since preschool.

“If you’re just working on your independent self and you don’t really have it honed yet, you’re not going to do well in a lot of these settings,” Markus explained.

Microsoft, for example, encourages employees to compete with each other; presumably, the idea is to foster creativity and productivity. But this can be stressful for people more used to a collaborative environment.

To maximize a positive workplace for those with interdependent backgrounds, “we have to think about somehow disrupting the culture cycle of independence,” Markus said. Citing research by colleagues Stephens and Sarah Townsend (University of Southern California), she listed a number of strategies, including acknowledging that social class matters, providing opportunities for practicing independence, recognizing the virtues of interdependence, and incorporating the value of interdependence into everyday institutional policies and practices. Ultimately, these are strategies that can be generalized beyond the office.

“Cultures themselves are not monolithic or static,” Markus added. “They are changing all the time … Leveraging interdependent agency can enhance performance and motivation and bridge cultural divides.”