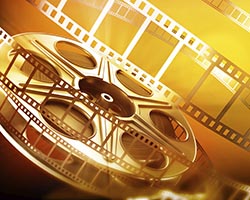 After a head injury sustained in a plane crash, CIA assassin Jason Bourne wakes up floating in the Mediterranean Sea with two bullets in his back, a Swiss bank account code implanted in his hip, and no memory of who he is or how he ended up in the open ocean. Bourne has no memory whatsoever of his identity or life before the accident.

Even with the severe retrograde amnesia Bourne experiences in the movie The Bourne Identity, it’s dubious that he would also lose all sense of his identity. In fact, complete memory loss after a head injury — often reversed after another blow to the head — is a common but rather preposterous representation of brain damage or amnesia.

Neurological disorders have provided inspiration for countless Hollywood blockbusters and independent films, but those maladies are often loaded with scientific distortions.

Mary V. Spiers, a clinical neuropsychologist and associate professor in psychology at Drexel University, is working to clarify those inaccuracies. Through a grant from the APS Fund for Teaching and Public Understanding of Psychological Science, Spiers is educating the public about the brain science behind big-screen features through a new website, NeuroPsyFi.com.

“The portrayal of the brain and brain disorders in popular film provides an engaging medium for teachers, students, and the public to discuss important topics related to brain science and the manner in which brain disorders are depicted,” says Spiers. “The accuracy of the depiction of brain disorders and concepts is often questionable and can leave moviegoers with misperceptions about normal and disordered brain functioning.”

The NeuroPsyFi website dispels common “neuromyths” by providing visitors with descriptions and peer-reviewed critiques of films from a neuropsychological perspective.

The site offers learning resources for the general public as well as for K–12 and college students, including materials to help teachers link real psychological science to popular movies and TV shows. Spiers makes an effort to include movies in languages other than English and cover a wide range of psychological topics, from prosopagnosia to dementia.

So far, the website has attracted visitors from all over the world. Over the past year, NeuroPsyFi has received over 39,000 unique visitors and more than 50,000 page views. Users have come from such diverse geographic regions as the Philippines and the United Arab Emirates.

“The major success we’ve had thus far is the reach and impact of the website,” says Spiers. “We’re seeing how many people, from all over the world, are interested in finding out about the brain science behind the movies.”

An accomplished researcher and the coauthor of two neuropsychology books, Spiers investigates clinical neuropsychology, the effects of sex and gender on cognitive functioning, and everyday problems of memory. While at the University of Alabama at Birmingham, she helped start a multidisciplinary memory-disorders clinic. She also has developed assessments for memory and cognitive problems that have the potential to interfere with daily medication adherence.

In addition, Spiers is an award-winning screenplay writer. Her Revolutionary-War-themed screenplay, Saving Independence, won the grand prize in the Set in Philadelphia screenwriting competition.

Spiers was initially inspired to start the NeuroPsyFi website after using movie clips as a learning aid in her psychology courses. She found that the idea of reviewing movies and examining the psychological science behind them resonated with students.

“I started out with many of the amnesia films because there is a lot of fodder for discussion about memory and memory disorders,” says Spiers. “When people watch a movie, they often want to know if memory actually works the way it is portrayed, or if a person with a neurological disorder like traumatic brain injury would actually behave as the movie character acts.”

People are curious about the accuracy of what they’ve seen in works of fiction, and the website was an extension of that idea. By reviewing the science behind movies and TV shows, Spiers is able to harness that interest in pop culture into a teaching tool for science.

For example, Spiers applauds the movie Memento for doing a good job of taking the audience into the head of a person suffering from severe anterograde amnesia, a condition in which the brain is unable to encode new memories.

Directed by Christopher Nolan (who also directed Inception and the recent Batman movies), Memento attempts to mimic the disorienting feeling of the disorder by starting the film backwards, so that the audience is just as bewildered and uncertain about events as the protagonist, who is unable to form new memories after an injury.

“Christopher Nolan’s brother got the idea for Memento from his general psychology class,” says Spiers. “My bet is that he watched the Clive Wearing video that many psychology teachers around the country have shown to their students.”

Spiers cites The Michael J. Fox Show as another good example of neuromyth busting. Starring actor Michael J. Fox, who has Parkinson’s disease, the show (which NBC canceled after one season) accurately counters stereotypes and myths about the disease while using humor to address issues of living with Parkinson’s.

But, as Spiers points out, not all movies get the science right — and those that don’t potentially spread misinformation and inaccurate stereotypes.

“As far as how neuropsychological issues and disorders are portrayed, the attitude I’d like to see changed is that fictional stories, by their nature, have unlimited ‘artistic license’ and therefore don’t need to give much attention to portraying a person with a disorder in a believable way,” says Spiers.

For example, Spiers explains how the recent film The Imitation Game relies on the trope of the “math genius with Asperger’s syndrome” in the portrayal of English mathematician Alan Turing.

“There has been much debate about whether Turing himself actually was on the autism spectrum,” explains Spiers. “In a Huffington Post interview, the film’s writer and director say they wanted to portray what Alan Turing ‘felt like’ and were dismissive of any criticism of accuracy. Some of the symptoms seemed to me to be ‘pasted on’ rather than truly integrated into his character.”

Because these tropes persist, Spiers hopes that NeuroPsyFi can create more educated consumers.

One way for producers to improve the quality of neuroscience portrayed in films is to include more scientists in the filmmaking process.

For example, the film Still Alice provides a well-researched and fully realized account of a woman with early-onset Alzheimer’s disease. The film was based on a novel written by neuroscientist Lisa Genova. “While some have criticized the movie as having a thin plot, the novel was very well researched, and Julianne Moore, the actress, also did extensive personal research to get to know women with Alzheimer’s disease.

In an effort to provide more resources for screenwriters, Spiers just launched a new Writer’s Brain Lab Blog on her website; the aim of the blog is to extend the educational mission of the website to include resources for film and TV industry professionals.

“I think all writers need a forum where they can learn and ask questions,” says Spiers. “Our recently launched initiative The Writer’s Brain Lab Blog hopes to provide that forum.”

The blog seeks questions from writers who are looking for an insider’s view on brain science and neuropsychology. The average screenwriter probably doesn’t know the difference between a PET scan and an fMRI, so in one recent post, Spiers provided a “cheat sheet” describing how different types of brain imaging are used to diagnose different neurological disorders.

“I think many writers are genuinely interested in trying to get the brain science correct,” says Spiers. “However, trolling the Web is not the best way to be sure that one is developing a believable character or correctly interpreting how brain imaging should be used. Writers really need expert advice from psychological scientists.”

To submit a new book, email apsobserver@psychologicalscience.org. Friend & Foe: When to Cooperate, When to Compete, and How to Succeed at Both by Adam Galinsky and Maurice Schweitzer; Crown Business, September 29, 2015. Memory and Movies: What Films

Movies May Rev Up Teens’ Reckless Behavior Behind the Wheel

Research has long shown that children’s behavior can be influenced by what they see in movies, TV, and video games. In light of this, the Motion Picture Association of America (MPAA) considers factors such as

Intuitively it simply makes sense: exposure to sexual content in movies at an early age probably influences adolescents’ sexual behavior. And yet, even though a great deal of research has shown that adolescents who watch