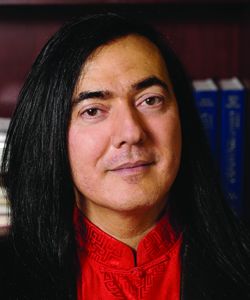 APS Fellow Dante Cicchetti has been awarded a 2014 James McKeen Cattell Fellow Award for his lifetime contributions to the field of applied psychological science. Cicchetti, William Harris Professor of Child Development and Psychiatry and McKnight Presidential Chair at the Institute of Child Development, University of Minnesota, Twin Cities, will deliver his award address at the 26th APS Annual Convention, which will be held May 22–25, in San Francisco.

Cicchetti’s work focuses on the formulation of an integrative developmental theory that can account for both normal and abnormal forms of development. His research adopts a multiple levels of analysis perspective and has had far reaching impact on developmental theory, as well as on science, policy, and practice related to mental illness, resilience, and numerous domains of development. Cicchetti is the founding and current Editor of Development and Psychopathology.

Cicchetti has received a number of awards and in 2012 was named the recipient of the Klaus J. Jacobs research prize for his work on the biological and psychological consequences of child abuse and neglect, one of his main areas of study.

Upon learning of the award, Cicchetti said, “As a developmental psychopathologist whose interests lie at the reciprocal interface between typical and atypical development, the receipt of a James McKeen Cattell Award has great significance to me.”