When people think about the relationship between the brain and human behavior, they generally tend to think in one direction. The brain drives behavior: end of story. However, the relationship is more complex, as conveyed at the “Changing Neurobiology With Behavior” theme program at the 2014 APS Annual Convention. Darlene D. Francis (University of California, Berkeley), R. Alison Adcock (Duke University), Daphne Bavelier (University of Geneva, Switzerland), and Amit Etkin (Stanford University and the Palo Alto VA) discussed their research demonstrating how behavior can influence and change our brain. 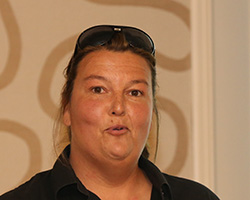 Francis’s work focuses on the way behavioral experiences influence our stress responses and later health outcomes. The classic model of stress response, she said at the symposium, is the diathesis model of stress. Implicit in the diathesis model, she explained, is the notion that preexisting biological or genetic vulnerabilities, when combined with certain experiences, result in a compromised phenotype.

“Inherent in that function is a directionality — that the biological or genetic vulnerability comes first … It’s what we’ve been taught, it’s what we teach, it’s what’s in textbooks,” she said.

But Francis’s research shows that this view may not be entirely correct and that behavior can create biological vulnerability. Her work with rats shows that the quality of maternal care young rats receive early in life can determine their stress reactivity for the rest of their lives. In one study, she found that young rats raised in high-licking (i.e., high-care) environments have lower stress hormone responses to a stress challenge in adulthood than rats raised in a low-licking (i.e., low-care) environment. In other studies, she has taken high-stress strains and low-stress strains of mice and cross-fostered them with similar- or opposite-strain parents. These studies have indicated that in genetically identical mice it is the events they experience in early life that determine their lifetime level of stress reactivity. 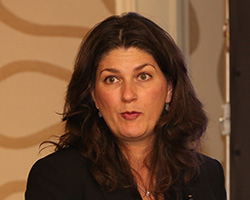 The influence of experience on the brain has also been studied in humans. Adcock’s research examines how motivational states influence learning, memory, and the associated brain systems. Her research shows that different motivational states induced through reward or punishment not only can influence how well people learn and remember information but also can influence the activity and connectivity of brain regions, and which specific brain circuits are used when performing the learning and memory tasks. This selectivity, in turn, determines whether the information in memory is detailed versus general or flexible versus rigid. Some of her work has even shown that people can self-induce activation of neuromodulatory systems (like the mesolimbic dopamine system) capable of broadly influencing brain function and thus shaping learning during therapy — a finding with implications for the treatment of mental illness.

“I think we have made less use of these kinds of strategies of invoking a context and making use of them for enhancing learning than we probably should as clinicians,” Adcock said. 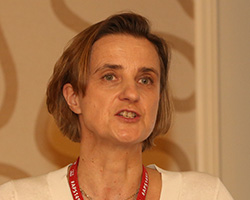 Those studies have extended to the treatment of visual disorders such as amblyopia, commonly known as lazy eye. The traditional treatment for amblyopia is to patch the strong eye in childhood, so the weak eye is forced to strengthen itself. In adults, amblyopia is treated by excruciatingly intense training over a period of years to help patients recover vision in their weak eye. Bavelier and her colleagues have found that video-game training which forces attention to the amblyopic eye can improve vision in that eye after as little as 40 hours of training.

Studies from her lab and other labs have also shown that action-videogame training can improve performance on mental rotation tasks, results in faster learning, and leads to more efficient recruitment of top-down mechanisms involved in attention. 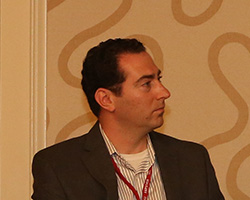 Amit Etkin spoke about his work using neurobehavioral interventions to improve emotion regulation skills — something thought to be especially helpful to people with mood and anxiety disorders. Differences in brain function — especially in the core emotional regulatory circuitry of the brain — are thought to contribute to many emotion regulation problems seen in people with anxiety and mood disorders.

The idea, according to Etkin, is that “with sufficient training, hopefully you can rehabilitate the dysfunctional circuitry, whether that’s a normalization of abnormal circuity or whether that’s something where they’re gaining compensatory capacities.”

His studies have generally produced positive results, showing that Internet-based training in skills related to cognition, regulation, memory, and positivity result in improved executive function and reduced emotion reactivity with accompanying brain changes in amygdala activation and in connectivity between the anterior cingulate and anterior insula (regions involved in the salience network).