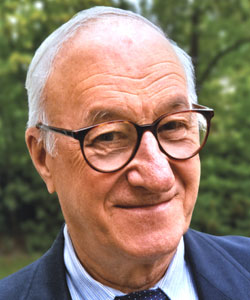 Legendary psychological scientist Albert Bandura of Stanford University was honored with the International Union of Psychological Science Lifetime Career Award on July 20, 2012. Bandura, an APS William James and James McKeen Cattell Fellow, accepted the award at the 30th International Congress of Psychology in Cape Town, South Africa, where he presented the talk “Toward an Agentic Theory for the New Millennium.”

He discussed the role that self-efficacy plays in allowing people to overcome setbacks and make positive changes on an individual and social level. Solving big global challenges such as climate change, he told the audience, depends on people’s belief in their own capabilities.

Bandura is well known for his work on aggression, particularly his Bobo doll experiments, which challenged behaviorism by showing that children can learn through observation — not just through reward and punishment.