Observer > 2022 > March/April > Back Page: The Devastating Toll of Diet Culture 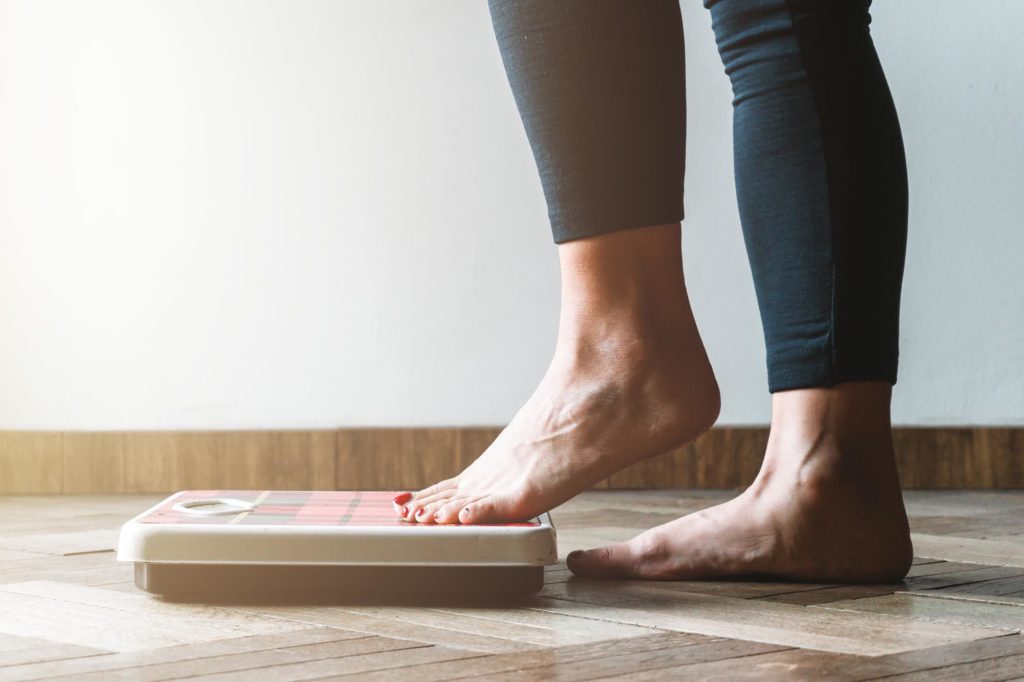 Cheri Levinson is an associate professor in the Department of Psychological and Brain Sciences and the director of the Eating Anxiety Treatment Laboratory at the University of Louisville.

What sparked your interest in eating disorders?

Growing up in Louisville, Kentucky, I had several friends who had eating disorders and nowhere in the state to go for treatment. This experience made me really want to understand how to help them. As an undergraduate I joined a clinical psychology research lab that did research on personality factors underlying eating disorders. In my PhD program I actually worked in an anxiety disorder lab, and what fully cemented my interest in eating disorders was doing a practicum my third year at an eating disorder facility.  There were two observations from this practicum that solidified my research interests. First was the fact that there were a bunch of women, just around my age, sitting in this facility for months at times not being able to live their lives because of eating disorders. That’s when I realized we really needed better treatments and that our current treatments were unacceptable. Second was the observation that every single patient had extremely high anxiety in addition to their eating disorder. This made me want to figure out why and how to help with that anxiety.

You’ve referred to eating disorders as a silent epidemic. What makes this so?

Eating disorders are extremely prevalent: 28.8 million Americans will have an eating disorder in their lifetime, and their cost to society in one year alone is $64.7 billion. Someone dies from an eating disorder every 52 minutes. Unfortunately, these rates are growing quickly, and younger and younger kids are developing eating disorders. For example, in Kentucky, we have shown that around 50% of children 10 to 12 years old report being on a weight-loss diet, which is the strongest risk factor for development of an eating disorder (and obesity). Despite these staggeringly troubling statistics, eating disorder research and treatment is underfunded; most clinicians and medical professionals have no training in eating disorders, nor do they assess for eating disorders; and most cases go undetected, with help-seeking usually occurring at least 10 years after onset. Society has not come to terms yet with the fact that eating disorders are everywhere, they impact everyone, and the problem is growing. That’s why I refer to it as a silent epidemic- it’s a huge but largely unrecognized problem in our society and it isn’t going away or getting better anytime soon unless we shift our culture’s focus quickly.

Is the epidemic worsening?

Definitely. Diet culture (i.e., society’s emphasis on losing weight and thinness as good, and on using weight loss or other fad diets to reach those goals) plays a huge role in eating disorders and is certainly leading to more and younger eating disorders. Combined with a global pandemic and increased reliance on social media is a recipe for disaster. Our clinic for example and other eating disorder clinics around the world are at all time highs in terms of patients and people waiting on the wait list for treatment.

I often compare diet culture to smoking. Sixty years ago, smoking was the norm, and our society did not realize how harmful it was or that it was killing millions of people. It took a huge awakening in society to change public perception and thus reduce health consequences and deaths from smoking. The same is true for diet culture. It is harming as many people as smoking, but harmful beliefs about thinness and wellness are still deeply embedded in our society.

Is this epidemic global or more limited to wealthy countries, as some people might believe?

Eating disorders impact everyone and occur in all genders, sexes, ages, races, ethnicities, and cultures. However, I do think countries that put a large emphasis on diet culture are more likely to see more eating disorders.

What factors might affect a person’s likelihood of developing an eating disorder?

Eating disorders are a caused by a mixture of genetic, psychological, and societal factors, just like any psychiatric illness. If you have a genetic predisposition to develop an eating disorder and you begin to restrict your food intake for any reason, you’re likely to trigger the eating disorder. In our society there are very few people who do not restrict for one reason or the other and therefore if you have that genetic predisposition its pretty likely you will develop an eating disorder. Think of genetics as the programming and restriction as the trigger. Of course, there are lots of other factors that come into play, too, things like trauma, anxiety, social support, etcetera. Eating disorders are very complex.

What perceptions (or misperceptions) do you think prevent eating disorders from receiving the kind of attention and funding that go to other potentially life-threatening mental disorders?

I think that eating disorders have (a) largely been perceived as an illness that only impacts young, White women coming from high socioeconomic status and (b) an illness caused by the individual. Of course we live in a patriarchal society, so why fund a female based illness? Both of these stereotypes are complete misperceptions.  Eating disorders impact everyone, no matter the age, race, or sex/gender and no matter the socioeconomic status (in fact more and more data is coming out showing they are equally or more prevalent in low socioeconomic status/food impoverished families). And of course, eating disorders are extremely heritable and absolutely not caused by the individual. Saying someone causes an eating disorder is the same as saying someone caused themselves to have cancer or heart disease.

What kinds of barriers prevent individuals with eating disorders from acknowledging or confronting that they need help—let alone finding and affording specialized treatment?

Only 20 percent of people with eating disorders will receive any type of treatment for their illness. There are a ton of barriers to getting help. First and foremost is a for profit insurance system that does not adequately support eating disorder care making out of pocket costs extremely high. Behind that is the fact that many people do not recognize they have an eating disorder, treatment options are limited, most medical professionals and clinicians do not assess for eating disorders, and stigma associated with eating disorders. We are currently collaborating with Project Heal on a large scale study to quantify the existing barriers to receiving care.

What has your research shown about treatments that can actually end eating disorders—or even prevent them from emerging in the first place?

Most of our treatments are either (a) delivered in standardized format relying on a treatment manual or (b) based on clinician judgment of what to target in treatment, without any data really guiding that decision. We have been working on developing a personalized data-based treatment for eating disorders. What we have been learning is that every individual with an eating disorder has very different symptom presentations, and we can use data to capture that and personalize a more targeted treatment. Our next steps are to test personalized treatment for eating disorders versus our current gold-standard treatment, and we are starting a new National Institute of Mental Health-funded trial in the new year. We are also beginning to work on how to integrate both clinician and patient feedback into our algorithms to select treatment targets, as well as building a clinician guidance system from these algorithms. I think there is a lot of hope on the horizon for new and better treatments and our job is to figure out how to build them best and actually get them into treatment centers and outpatient offices where they can be used.

Observer > 2022 > March/April > Back Page: The Devastating Toll of Diet Culture

Careers Up Close: The Drive to CARE About Eating Disorders

Kelsie Forbush, recognized as an APS Rising Star in 2015, discusses landing her first job post-PhD, launching a lab at the University of Kansas, and the importance of collaborating with clinicians.

A sample of research exploring mechanisms underlying attention-bias modification, effects of recall and memory disjointedness on trauma symptoms, and eating disorder pathology among those with food insecurity.