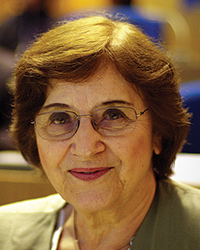 The 30th APS Annual Convention’s Symposium Sunday programming put a spotlight on research in applied neuroscience, big data, and the neuropsychology of socioeconomic disadvantage. How Neuroscience Can Save the World Presenters took neuroscience beyond the

A sample of articles exploring neuropsychological assessment, gender differences in stress reactivity and its relationship with depression, and social-support figures and fear extinction.