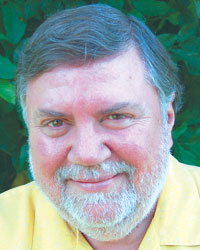 On the occasion of my 65th birthday, in the City of Atlanta, where I spent 17 years working at a zoo once denigrated as one of America’s worst zoos, I announced my retirement as president and CEO of the Palm Beach Zoo. Now I am able to look back on 24 years of experience as a nonprofit executive, working in a field that I never contemplated as a career objective. As surprising as it may seem, my life in the zoo world was an amazingly good fit for me and the institutions I served.

My graduate education in psychobiology at the University of California at Davis included exposure to the “action research” of Robert Sommer, an esteemed environmental psychologist who continues to serve as a mentor and a collaborator. It was Professor Sommer who gave me the best advice I ever received in graduate school. “Read Hediger,” he demanded. Heini Hediger was a prolific zoologist who was also the director of three Swiss zoos in Bern, Basel, and Zurich, as well as a professor of ethology at the University of Zurich. I discovered much later that Hediger studied animal psychology with a scientist also named Robert Sommer, a German professor who wrote the textbook Tierpsychologie in 1925.

I regard Hediger as a perfect example of the “practitioner-scientist.”  He was the zoological equivalent of an empirical clinician assigned to a mental hospital. Hediger’s best known book, Wild Animals in Captivity, which was published in 1950, provided a comprehensive review of the psychology of exotic animals. His keen observations of spatial behavior in a variety of species contributed useful information to the emerging field of environmental psychology, a field that owed its existence to the relevant work of zoologists, comparative psychologists, and anthropologists who were engaged in the study of personal space and territoriality in animals. Calhoun’s (1962) classic studies of crowding-induced psychopathology in rats and mice are examples of this connection.

Hediger’s research was particularly useful to me when I was recruited to the zoo profession. The Atlanta City Zoo had become a national disgrace, primarily because of the mysterious death of an elephant found in a shallow grave in North Carolina. “Twinkles” quickly became the symbol of a zoo gone mad, and because of my research on captivity, I was asked by Mayor Andrew Young to reform the zoo’s administration and establish evidence-based practices to care for the animals.

I began researching captivity while I was a postdoc at UC Davis, and as I developed my research program at Emory University and then at the Georgia Institute of Technology, my research interests became a blend of developmental and environmental psychology. Because of my studies on social deprivation in rhesus monkeys in the early stages of my career,  I easily recognized the signs of psychopathology in just about every zoo monkey. Zoo personnel, who are not trained in psychological science, for the most part failed to recognize the deleterious effects of their standard management practices. Starting with Captivity and Behavior (1979), I edited and wrote a series of books and papers to guide the decisions of zoo managers (e.g., Maple and Hoff, 1982). Given my background as a scientist, and my passion for social action, I subsequently generated a blueprint for the reform and recovery of Atlanta’s wretched zoo.

Environmental psychology became an important theme as we began to design innovations to benefit the animals at the zoo. Sommer had written an important book, Tight Spaces (1974), which offered his own impressions of zoos. In this book, he introduced the concept of “hard architecture,” which refers to the inflexible, restrictive, and literally hard features that are found in mental hospitals, prisons, and many of our nation’s zoos. His chapter “Hard on the Animals Too” demonstrated how the hard architecture in zoos failed to educate the public about natural behavior and led individual animals to suffer from depression, catatonia, coprophagia, and stereotypies. In Sommer’s view, hard zoos were a state of bedlam. His remedy for such places was to soften the architecture; to make it more flexible and naturalistic, and to provide physical and social features that would normalize the behavior of the animals. Sommer’s research characterized the designs for animal habitats that I introduced to Zoo Atlanta in the 1980s. We overhauled the zoo’s standards and practices to create the foundation of what I call an “ethical ark.” An ethical ark is essentially a zoo where the animals come first. In such a zoo, if a collection of animals is properly distributed, it follows a mantra of “fewer species living large.” Ethical arks specialize in quality rather than quantity (Norton et al, 1995). 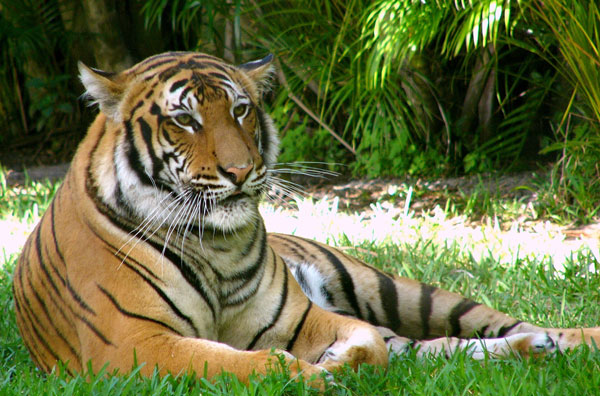 Like Hediger before me, I had the unique opportunity to apply the data I had gathered in my role as a scientist to revitalize the zoo. When I became the decision maker in charge of the institution, I worked hard to implement science-based reforms and change the zoo from within so that it would have a strong scientific foundation. Building on Hediger’s concepts, my colleague Don Lindburg (an academic anthropologist who built a novel career as the lead “behaviorist” at the San Diego Zoo) and I published a series of essays on the concept of an “empirical zoo” (Maple and Lindburg, 2008). We argued that by studying animals within the zoo and by understanding how these same species live in the wild, zoos would be able design and build naturalistic habitats that encourage species-appropriate behavior. The result of our work was a blend of psychology and architecture that Sommer foresaw as the antithesis of hard architecture.

One result of soft architecture has been increased success for breeding programs. When I first started working in the zoo profession, it was fairly common for gorillas to abandon their young, and the animals had to be raised by humans. The gorilla exhibit at Zoo Atlanta was redesigned in 1988 to better mimic the social conditions of wild gorillas. The exhibit now has four separate but contiguous habitats that allowed us to exhibit not just a pair or a small group of gorillas but an entire population, and the breeding record for gorillas has been extraordinary ever since. The Palm Beach Zoo has become a national leader with the success of their Malayan Tiger breeding program. Their highly innovative tiger exhibit is not only spacious, but has been cultivated with tropical plants and trees, as well as water features, that resemble those found in the tigers’ natural environment. This naturalistic approach and the recruitment of an experienced breeding female has led to the recent births of three tiger cubs, and the Palm Beach Zoo is hoping to expand the exhibit.  Working with CLR, the Philadelphia-based design firm that has served as my collaborator for almost every exhibit that was redesigned at Zoo Atlanta, we created an exhibit that will be able to accommodate an additional breeding pair and provide space for the cubs. Once the expansion is funded and built, we hope it will further enhance the zoo’s tiger-breeding program and improve the tigers’ quality of life.

Many zoos today are oases of naturalism. They provide a continuing narrative about the natural world, our place within it, and why we must work together to protect it wherever and whenever it is threatened. Speaking at a 1999 symposium to honor the 25th anniversary of his book Tight Spaces, Robert Sommer concluded that when he compared all the hard environments he had studied during this period of time, only zoos had significantly improved — not prisons, not hospitals, just zoos. Sommer credited the scientific achievements of zoo biologists and the architects who applied their research to habitat designs. Thus, as my architectural colleague Gary Lee concludes, it is both the hardware and the software that renders exhibits optimal.

Thanks to an abundance of talented graduate students who were my collaborators, we made the most of our opportunity to not just change zoos but exhaustively document the change. By functioning as a practitioner-scientist in my career as an empirical zoo director, my legacy will surely be the students and colleagues who have entered the modern zoo profession infused with empirical ideas. As their immediate mentor, I take pride in their collective achievements in building and operating the ethical arks that have significantly advanced standards and practices of animal welfare as well as the psychological well-being of captive wildlife.

Terry L. Maple is the former president and CEO of the Zoo Atlanta as well as the Palm Beach Zoo. He is currently mentoring undergraduate and graduate students at Florida Atlantic University. He can be contacted at terrylmaple@msn.com.