News > We're Only Human > Trauma of War, Illusion of Growth 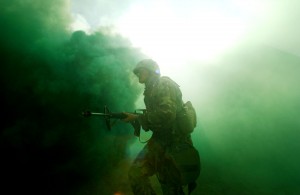 Back in 2009, the U.S. Army undertook a dramatic transformation of its own culture. The country had been at war for almost a decade, with many soldiers repeatedly deployed to the battlefields of Iraq and Afghanistan. The intense and cumulative stress of protracted conflict was taking a devastating toll—reflected in high rates of post-traumatic stress disorder, family problems, and an all-time high in suicides.

In response, the Army leadership embraced psychological science, especially some ideas of positive psychology that had previously been antithetical to the military’s warrior ethos. The Army invested millions of dollars in the so-called Comprehensive Soldier Fitness (CSF) program, focusing on the enhancement of emotional resilience and the prevention of psychological damage. Emotions should not be seen as a sign of weakness, the new philosophy maintained, especially in the face of undeniably traumatic wartime experiences. This initiative aimed to bolster soldiers’ psychological strengths and coping skills—so that they might experience post-traumatic growth rather than illness.

The concept of post-traumatic growth has gotten a lot of attention in recent years, but few studies have analyzed its relationship with PTSD. Is self-perceived growth really adaptive and beneficial—something to be promoted through interventions such as CSF? Or is self-perceived growth in fact illusory and self-deceptive, an avoidance strategy that in the end impedes recovery and makes PTSD worse?

A team of psychological scientists is trying to answer this important question. Iris Engelhard of Utrecht University, in the Netherlands, and her colleagues have conducted the first prospective longitudinal study of soldiers at war in order to examine the relationship between perceived growth and PTSD over time. They first studied the infantry soldiers—from the Royal Netherlands Army—six weeks before they were scheduled for deployment to Iraq a decade ago. They took a battery of tests, including a PTSD checklist and a post-traumatic growth inventory, which measures spiritual change, personal strength, appreciation of life, and so forth.

The soldiers then spent about four months in Iraq, as part of the Stabilization Force Iraq. Five months after they returned home, the scientist again tested the soldiers, this time adding a questionnaire about potentially traumatizing wartime events they might have experienced personally. They retested the soldiers for a final time at 15 months after their return. The scientists were most interested in seeing if perceived growth following deployment led to more or less delayed symptoms of PTSD.

It led to more. Soldiers who reported positive signs of growth at five months following deployment—spiritual change, a sense of new possibilities—had more PTSD symptoms at 15 months post-deployment. This was true even when they scientists factored in stressful war experiences, early PTSD symptoms, personality and cognitive ability. This key finding, reported in a forthcoming article in the journal Clinical Psychological Science, is inconsistent with the notion that perceived psychological growth leads to better psychological adjustment over time.

Importantly, many of the soldiers reported positive changes as a result of their war experience. Many said, for example, that they felt more self-reliant, were more appreciative of life, and had closer relationships with others. And the scientists don’t rule out the possibility that such perceived growth does have some favorable effects—improving interpersonal functioning, for instance. But such growth does not appear to head off the ill effects of PTSD, and it may be counterproductive to promote such perceptions as a way to help soldiers adjust after the trauma of war.

News > We're Only Human > Trauma of War, Illusion of Growth