News > We're Only Human > The Neurology of Schadenfreude 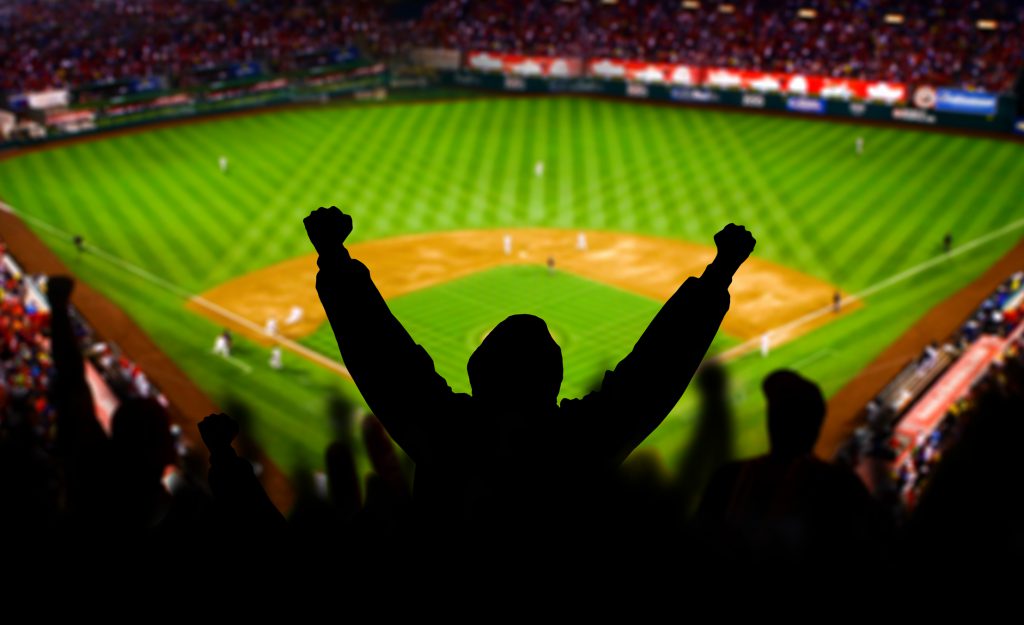 In the off-season of 1920, Boston Red Sox owner Harry Frazee dealt an up-and-coming slugger named Babe Ruth to the New York Yankees to raise cash for a Broadway play he was backing. The Red Sox had dominated major league baseball for the first two decades of the century, but the World Series drought that began in 1918 lasted… and lasted, until 2004. Many Red Sox fans blamed the losing streak on the unpopular trade, which became known as the “Curse of the Bambino.” For years, whenever the Red Sox played at Yankee Stadium, home team fans would jeer: “1918! 1918!”

The curse may have been broken in the 2004 World Series, but the rivalry remains as intense and bitter as ever.  It’s fair to say that Red Sox and Yankees fans dislike each other as much as fans of any two teams playing today. Insults, fights and an occasional brawl are not unknown in Yankee Stadium and Fenway Park when these rivals face off.

Which makes those fans an obvious choice for studying rivalry and aggression. At least that’s what three Princeton University psychological scientists decided when they asked die-hard Yankees and Red Sox fans if they could peek inside their brains. Social neuroscientists Mina Cikara, Matthew Botvinick and Susan Fiske wanted to see which neurons lit up when loyalists and rivals experienced moments of victory or defeat. Specifically, they wanted to observe schadenfreude — experiencing pleasure because of another’s pain — and see if this complex emotion is linked in the mind to heightened desire for aggression.

They did this by creating a laboratory version of a Yankees-Red Sox game. They recruited devoted fans for both teams, both men and women, during the off-season. To qualify for the study, these fans had to show their chops by identifying players from both teams — and identifying the position played by a random player. They also had to answer, in the extreme, that they both “loved” their team and “hated” the rival team. You get the idea: These are the folks who own jerseys and caps and surreptitiously watch games at work.

They hooked these fans up to a kind of brain scanner called an fMRI, which can show neural activity in real time. They then showed them animations of actual plays, taken from ESPN’s Gamecasts. Some of the plays were negative from the fan’s view — a line drive to the rival shortstop, or a rival’s home run deep to the right field bleachers. Others were positive from the fan’s perspective — a clean, hard single by the clean-up batter, or a rival’s failure to steal third. This last one is an example of schadenfreude, and the scientists also included clips of such failures against the Baltimore Orioles; this served as a kind of neutral control, to see if any arch rival’s failure caused the same response as a failure against the fan’s home team.

In addition to observing their brains in action, the researchers asked the fans to describe their feelings about each play. Did that stolen base make you angry? Did that bunt give you pleasure, or cause you pain? How about that diving catch in centerfield? Finally, a couple weeks after the brain scanning, they asked each of the fans questions about their own aggressive tendencies: How likely are you to heckle or insult a Yankee (or Red Sox) fan? How likely to throw food or beverage? How about actually threatening a rival fan, or shoving or hitting one? They also asked how they would behave toward an Orioles fan. They wanted to see how aggressive these fans were in general but, more important for the study, how much more aggressive they were toward an identified arch rival.

Then they crunched all the data together, and reported these results in the journal Psychological Science: All negative outcomes — a favored player’s pop-out or a rival’s triple — activated two regions of the brain — the anterior cingulated cortex and the insula. These regions are active during both the personal experience of pain and the witnessing of another’s pain, and indeed the neural response matched the fan’s reports of experiencing pain. This is remarkable in itself: Normally this neural response is seen during empathy for a loved one’s pain, and here the spike came in response to an abstract animation of a hypothetical stolen base. No player had actually experienced any pain, nor had the fans themselves, other than disappointment.

The findings concerning positive outcomes were no less intriguing. Whether it was the joy of a favored player’s home run or the joy of a rival’s strikeout, the fans’ brains lit up in the same spot — the ventral striatum. This region is associated with the subjective experience of pleasure, and indeed the fans described both personal victory and schadenfreude as pleasurable. What’s interesting — and new — here is that these were the brains of fans, not the players themselves: The brain’s pleasure centers are known to fire up over a competitor’s personal victory, but here they were showing the identical response on behalf of a team, a group.

And here’s the most interesting finding, and the most disturbing. The fans whose brains showed the greatest pleasure response to a rival player’s failure — even if he was failing against the Orioles rather than their own team — these fans were also the most aggressive fans. They weren’t more aggressive in general, but Yankee fans who experienced schadenfreude were more apt to throw things at Red Sox fans, and Red Sox fans who got pleasure from others’ pain were more likely to curse or throw a punch at a nearby Yankee fan.

Pleasure over another’s misfortune may be an ancient and evolved aspect of group identity, so it’s understandable even if it’s unbecoming. But the link between schadenfreude and extremely aggressive thoughts about “them” is worrisome, since many group rivalries are far more emotional and perilous than a day on the diamond — even if that diamond is at Fenway Park or Yankee Stadium. Indeed, that natural tendency may be a curse more consequential and enduring than the “Curse of the Bambino.”

News > We're Only Human > The Neurology of Schadenfreude

How Rooting for a Rival Could Help Your Team

If the NFL team you hate the most is in the Super Bowl, take heart. Psychological science suggests that a rival team’s win may improve your team’s motivation and performance next season.