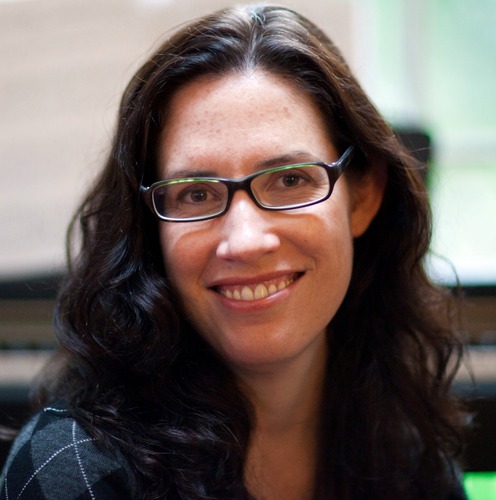 I am delighted to introduce Annie Murphy Paul, who today makes her debut appearance as a guest writer for the “We’re Only Human” blog. Annie Murphy Paul is one of the most highly regarded science writers working today, and one of our keenest interpreters of psychological science. Many of you already know her as a contributing writer at Time magazine, a weekly columnist at Time.com and MindShift, and as the author of two popular and well-received books: Origins, an exploration of the crucial nine months before birth, and The Cult of Personality, a cultural history and scientific critique of personality testing.

Her latest book, in the works, is on the science of learning. Her wide-ranging research for this book, called Brilliant: The New Science of Smart, positions her well to summarize and explain a new report on the science of training, in the most recent issue of Psychological Science in the Public Interest. Businesses and organizations invest millions of hours and dollars every year on efforts to make their workers better workers, but a surprisingly small portion of this investment is based on rigorous science. Yet the science is there for the taking, as she describes here:

There’s a lot of important information packed into “The Science of Training and Development in Organizations: What Matters in Practice,” a new report published in the journal Psychological Science in the Public Interest. But its most significant insight is delivered right up front: “Training is not as intuitive as it may seem,” Eduardo Salas, a psychological scientist at the University of Central Florida, and his coauthors declare. “There is a science of training that shows that there is a right way and a wrong way to design, deliver, and implement a training program.”

The exhaustive literature review that follows makes clear that there is, indeed, a science of training—one that has developed and matured over the past 30 years. But this science is too often ignored by vendors selling their own decidedly unscientific approaches to training, and by well-meaning employers and managers who assume that their intuition is a reliable guide in putting together a worker training program. Salas’s report is full of compelling examples of how intuitive assumptions can lead trainers astray—and how science can ensure that training is truly effective. Here, an assemblage of common misconceptions, corrected by the science of training:

It’s what happens during training that matters. Actually, what happens before and after training can be just as important. Beforehand, employers should take care to communicate clearly what the training is about and how it relates to workers’ jobs; afterward, they should seek employee feedback and offer support for newly-acquired skills.

Training should be focused on getting workers to remember everything they need to know to do their jobs. There’s so much information available today that trainers need to distinguish between content that is “need-to-know,” and that is “need-to-access.” For the latter category, Salas writes, “training should teach people where and how to find that information rather than seeking to have them retain that information in memory.”

As part of training, employees should be tested on their abilities and asked to focus on the areas that need improvement. Research shows that training is more effective when it’s presented as an opportunity, rather than as a test, and when it emphasizes its benefits to participants, rather than participants’ existing deficits.

Once employees have been trained, those skills are in place and subsequent training can move on to teaching new skills. In fact, “skill decay is a major problem in training,” writes Salas. He cites a meta-analysis finding that a year after training, trainees have lost over 90 percent of what they learned. Skill decay can be prevented by giving workers frequent opportunities to practice their new skills, and by scheduling “refresher” training.

The motivation to learn has to come from within the individual employee—there’s not much employers can do about it. Actually, Salas reports, employers can act to increase workers’ motivation: by being clear about the link between what’s being taught and how it will be used on the job, and by making sure employees feel supported in their efforts to learn by their supervisors and by the organization as a whole.

Workbooks, lectures, and videos are the best way to deliver training information. These media, which emphasize information and demonstration, “remain the strategies of choice in industry. And this is a problem,” Salas writes. “We know from the body of research that learning occurs through the practice and feedback components.” Employers can increase the effectiveness of training by making the process more active and engaging for participants.

The best way to arrange training is to show workers what to do, then let them jump in and try it for themselves. “Not all practice is created equal,” Salas notes. “Unstructured practice without objectives, appropriate stimulation, and useful feedback can teach wrong lessons.” Workers will get the most out of practice when they are provided with constructive and timely feedback that identifies what they may be doing wrong and how to fix it.

Making errors during training should be avoided. “Because errors often occur on the job, there is value in training people to cope with errors both strategically and on an emotional level,” Salas notes. Guiding workers to make errors, and then providing them with strategies to correct their mistakes, will lead them to understand the task in greater depth and will help them deal with errors on the job.

Adding technology is a surefire way to improve training. “Both traditional forms of training and technology-based training can work, but both can fail as well,” Salas observes. Technology must be implemented in a thoughtful way, in accordance with scientific findings, in order to add to the effectiveness of training.

Workers should always be allowed to make their own choices about what they need to learn. Research shows that “learner control,” although it sounds appealing, doesn’t lead to greater learning. Left to their own devices, workers may not be knowledgeable or motivated enough to make wise decisions about how and what to learn.

In training using simulations, it’s important for the virtual setting to be precisely the same as the one the worker will encounter on the job. Actually, Salas writes, what matters is not the “physical fidelity” of the simulation, but its psychological fidelity—how accurately it evokes the feelings and the responses the worker will have on the job.

“The Science of Training and Development in Organizations” is full of surprising conclusions drawn from research. With the rich body of evidence now available, we no longer need to rely on intuition—or the claims of hucksters—to design workplace training. That’s what science is for.

News > We're Only Human > Learning on the Job: Myth vs Science

As Annie and professor Salas have pointed out, training design is complex. But, there is a science of adult learning that has been around for a very long time. The problem in the practice of training is two-fold: few consultants and company practitioners have been “trained in training” and fewer yet take the time to follow the rigorous, step-by-step approach that is required. To make matters worse, the buyers of these services emphasize the quick fix. Where once a day or more was the norm, now the window is a couple of hours. Humans aren’t wired that way and the processes we are learning are often very complicated. I was recently asked by a client to “teach” the concept and fundamentals of employee motivation to a group of newly minted supervisors — in one hour. Another, how to write a “winning resume” in the same time frame. My plan is to define parameter and then highlight where to collect information to supplement my introduction (similar to one of professor Salas’ solutions). At least these students will be pointed in the right direction and those who are motivated will know where and how to unearth more useful information.

These are important considerations that need to become part of the fiber of the internal values of the organization. Seems so simple but it is sometimed difficult to implement internally. Time and continuous effort can create the opportunity to change and build the foundation. Thank you for sharing your thoughts.

Hi Wray
Found this really useful. As part of Raising the Participation Age agenda I am opening a ‘classroom’ in a hotel for my MLD students. This article provides useful tips for marrying the ‘classroom’ training with on-the-job experience.
Cheers
Steve

Great article and study. As a coach, facilitator and often reluctant trainer I am confounded when a client insists on a 2 hour “training” session to solve a problem. As an alternative I suggest a brief training session followed by regular peer coaching sessions (what the study called “communities of practice”). I especially appreciate the call to distinguish between “need to know” and “need to access” in training.

Hi Annie – welcome to the Group. Greatly enjoyed your post and de-bunking of the many myths surrounding training. I lead a global learning technologies company and strongly believe that successful training is based on four pillars – which actually reflect the realities listed in the blog… Firstly, business impact where training helps to deliver commercial growth. Secondly, employee engagement – it’s the manager’s role first and foremost to ensure that people are happily engaged in their work. Thirdly, collaboration – learners today play an active role in the take up of learning systems: they have opinions, rate content, encourage their peers to engage – or not. And finally, speed to knowledge – people need more help with getting knowledge more rapidly to help get their jobs done well. Today’s rapid cycle of innovation, new product launches etc means we all need instant answers to clients’ questions about the newest products and services. Speed of knowledge gives us competitive advantage. So as you say – it’s all about need- to-know rather than need-to-learn.

Hi Annie
Interesting post and one several people should read. Ruth Clark and the work of folks associated with ASTD and ISPI has dispelled many myths like these. All validating points, then again I have a Master’s in Workplace learning and another Master’s in Instructional Design & Performance Technology (i.e. designing workplace learning and performance solutions to achieve business results by improving workforce performance and productivity).

Some great points made both both Annie and Dr. Salas. For me, the most powerful point was from the meta-analysis Dr. Salas’ provided stating “a year after training, trainees have lost over 90 percent of what they learned.”

What value is there in providing training that evaporates in less than one year?