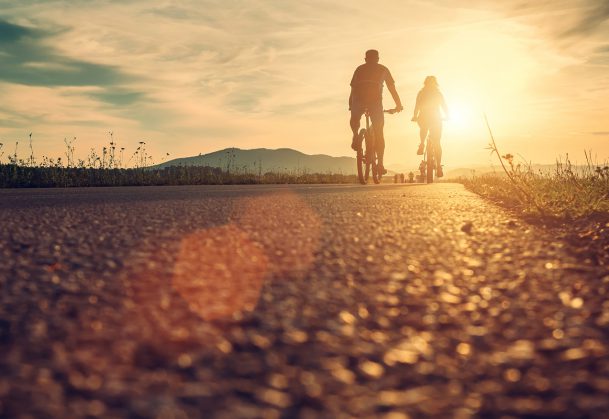 In many parts of the world, political candidates stand for election, but here in the U.S. we run. It’s a race, and if we start to flag, we have groups like Rock the Vote and MoveOn spurring us to action. In short, citizenship in America is not a passive affair. It’s a vigorous activity that demands energy.

At least that’s what these metaphors suggest, but why is this? Are these mere words, or do the metaphors actually say something about political participation here and elsewhere? Psychological scientists have long been interested in the issue of political participation — why some individuals are involved and others indifferent, why some regions are hotbeds of activism and others apolitical. None of the obvious explanations — socioeconomic status, age, church attendance, mobility — fully accounts for the wide disparities in participation. Recently, a scientific team has been exploring an idea that’s appealing in its simplicity: Is it possible that political engagement is just another form of movement and energy and physical activity? After all, things like voting and canvassing and organizing require people to get off the couch and out of the house. Could something as simple as an active lifestyle explain good and bad citizenship?

Kenji Noguchi of the University of Southern Mississippi and Dolores Albarracin of the University of Illinois have been exploring this idea in a variety of ways. They have compared the U.S. to the rest of the world; they’ve looked at the country state by state; and they’ve even primed individuals to take action, and then measured the effect on their political intentions and behavior. Here’s some of the intriguing evidence they turned up.

To study the link between action and activism on the global stage, the scientists plumbed many existing archives for international data on physical activity. These include scores on personality scales measuring energy and activity levels, as well as impulsivity; a pace-of-life index, which tallies things like walking speed, postal delivery speed and clock accuracy; data on stimulant use; and prevalence of media, like telephones, newspapers and the Internet. These were all combined into an overall measure of each nation’s tendency toward an active (or inactive) lifestyle. The U.S. was very high in this overall ranking, trailing only Australia, Iceland, Norway, Denmark, and New Zealand. At the bottom were Uganda, Vietnam and Bangladesh.

Political scientists often bemoan the low voter turnout of Americans — only 56.8 percent went to the polls in the historic 2008 election — but this indifference is much more of a problem in some parts of the country than in others. Noguchi and Albarracin wanted to see if these regional differences might also reflect variations in physical activity. So in this case they mined state archival data, tabulating such measures as the percentage of citizens who exercise regularly and vigorously, rates of obesity and diabetes and stimulant use. They compared the states’ overall activity index with an index of political activity, including voter turnout for the 2004 presidential election, attendance at campaign rallies and stump speeches, political donations and writing letters to public officials.

There were clear regional differences in lifestyle, with Westerners by far the most physically active, and Southerners near the bottom. As reported online in the journal Psychological Science, Colorado, Alaska and Oregon topped the activity chart, and the couch potato honors went to Mississippi, West Virginia and Tennessee. And again these activity levels were clearly linked to levels of political engagement.

These results are very provocative, but both studies — the international analysis and the national one — show only correlations. That is, they don’t prove that physical inactivity actually causes political disengagement, or that a strenuous lifestyle is responsible for voting and rallying. To explore this causal link more closely, the scientists ran a couple laboratory experiments. They unconsciously primed some volunteers with action words, like go andmove, and others with neutral words or passive words like sit. Then all the volunteers answered three questions about the (then upcoming) election of 2008: Will you vote? Will you try to influence the votes of others? Will you work on a campaign?

The findings were unambiguous. Those who had been primed for action and movement had very different intentions than those who were not. They were more likely to vote and to be actively involved in the 2008 campaign in some way. The scientists ran a different version of this priming experiment, this one measuring participation in an on-campus referendum, and they got the same results. Being primed for action — movement, activity, energy — translated directly into political action and energy.

The underlying mechanism for this lifestyle-politics link is not entirely clear. The global and national data suggest that lifestyle tendencies are stable and rooted in culture, but this could mean different things. It’s possible that some regions (of the U.S. or the world) are more fast-paced than others, and that citizens in those regions are bombarded by action words and phrases that prime them to move. It’s also possible that cultural beliefs, such as the Protestant work ethic, shape attitudes toward education, work and play — as well as political engagement. Obviously such drive is not always wise or healthy — it can mean regular exercise, or it can mean impulsivity and drug abuse. In that sense, it appears that engaged citizens can be molded as much by restlessness and hyperactivity as by energy and drive.

A sample of research on language style and social networks, the cultural differences that affect the relationship between aging and well-being, and how infant and adult brains interact while they communicate. More