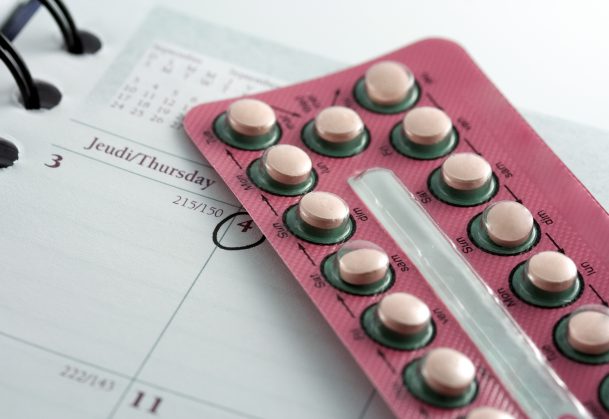 Data from almost 600 participants show that women’s perceptions of male attractiveness do not vary according to their hormone levels, in contrast with some previous research. The study findings are published in Psychological Science, a journal of the Association for Psychological Science.

“We found no evidence that changes in hormone levels influence the type of men women find attractive,” say lead researcher Benedict C. Jones of the University of Glasgow.

“This study is noteworthy for its scale and scope — previous studies typically examined small samples of women using limited measures,” Jones explains. “With much larger sample sizes and direct measures of hormonal status, we weren’t able to replicate effects of hormones on women’s preferences for masculine faces.”

To address the limitations of previous studies, Jones and coauthors recruited 584 heterosexual women to participate in a series of weekly test sessions. In each session, the participants reported whether they were currently in a romantic relationship and whether they were currently using hormonal contraceptives. They provided a saliva sample for hormone analyses and completed a task that measured their preferences for different types of male faces. 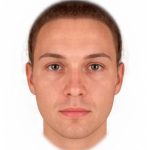 Example of a feminized male face

In each face-preference task, the participants saw 10 pairs of male faces and selected the face in each pair that they found more attractive, rating how strong their preference was. The two faces in each pair were digitally altered versions of the same photo – one face was altered to have somewhat feminized features and the other was altered to have somewhat masculinized features. To obscure the specific objective of the study, the researchers interspersed these attractiveness judgments among other filler questions. 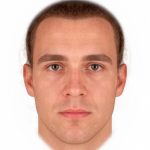 However, there was no evidence that women’s preferences varied according to levels of fertility-related hormones, such as estradiol and progesterone. There was also no association between attractiveness judgments and levels of other potentially influential hormones, such as testosterone and cortisol.

These findings run counter to the hypothesis that sexual selection pressures lead women to prefer more masculine mates, who supposedly have greater genetic “fitness,” when they are most fertile and most likely to conceive.

The data also showed that oral contraceptive use did not dampen women’s preference for masculine faces, as has been shown previously.

“There has been increasing concern that the birth control pill might disrupt romantic relationships by altering women’s mate preferences, but our findings do not provide evidence of this,” says Jones.

In light of these findings, Jones and coauthors are continuing to investigate whether other fertility-related differences hold up in larger, more robust studies.

This research was supported by European Research Council grants awarded to B. C. Jones (OCMATE) and L. M. DeBruine (KINSHIP).

All data and materials have been made publicly available via the Open Science Framework. The complete Open Practices Disclosure is available online. This article has received badges for Open Data and Open Materials.

Note: The headline of the press release was updated from the original headline “Women’s Preference for Masculine Faces Not Linked With Hormones.”

Dear Editor: Once again this Journal has published research supposedly supporting a null hypothesis on the basis of null-results. Even a large-scale study, laid out carefully, cannot support the notion that a phenomenon or relationship does not exist. A null result is no result at all. Please preserve the integrity and reputation of Psychological Science.
Erhard Eimer PhD
Professor Emeritus of Psychology
APS Member

While this is certainly the case, and statistically insignificant results must be analyzed with particular care, I feel strongly that — especially in cases of dispute in the literature — null results must be published. Their suppression only worsens the replication crisis.
So while the interpretation of insignificant results for lay readers is a considerable challenge for science writers, anything else does an equal disservice to the scientific community and the world at large.

As the lead author of the paper there are two points I would like to emphasize in response to your comment. First, the title of the paper (not the press release) is “No Compelling Evidence That Preferences for Facial Masculinity Track Changes in Women’s Hormonal Status”. Second, at no point in the press release do we claim to show evidence for a null result. Rather, we claim that we find no evidence to support the hypothesis (e.g., ““We found no evidence that changes in hormone levels influence the type of men women find attractive”). Suppressing null results, particularly in large-scale replication studies, as you suggest, would do little to “preserve the integrity and reputation of Psychological Science”. In fact, I would strongly argue that it does quite the opposite.

I certainly appreciate and support the importance of publishing null results, but such effort has to be worded in such a way as to avoid misinterpretation, particularly by those unfamiliar with scientific method and hypothesis testing. To say that “no evidence was found…” still implies that H1 was false, and therefore H0 was true. In fact, the null result makes the entire outcome inconclusive, and this point has to be stressed to preempt any second guesses. A null result certainly is frustrating, and reporting it is even more noxious. I applaud the authors on their work. I merely caution against drawing conclusions regarding the inconclusive.