News > Latest Research News > When Moral Outrage Goes Viral, It Can Come Across as Bullying 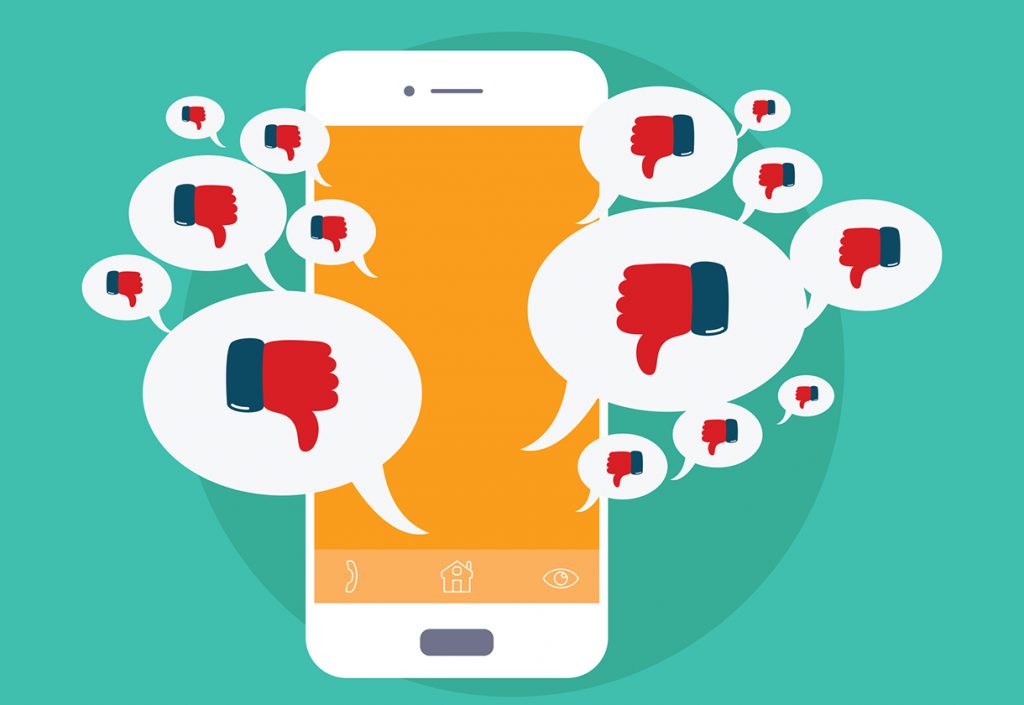 On social media, people can be quick to call attention to racist, sexist, or unpatriotic behavior they see. But when that outcry goes viral, those challenging the behavior may be perceived less as noble heroes doing the right thing and more like bullies doling out excessive punishment, according to findings published in Psychological Science, a journal of the Association for Psychological Science.

Through a series of laboratory studies, Stanford University psychology professor Benoît Monin and graduate student Takuya Sawaoka found that while comments against offensive behavior are seen as legitimate and even admirable as individual remarks, when they multiply they may lead to greater sympathy for the offender.

“One of the features of the digital age is that anyone’s words or actions can go viral, whether they intend to or not,” said Sawaoka. “In many cases, the social media posts that are met with viral outrage were never intended to be seen by people outside of the poster’s social circle. Someone doesn’t even need to be on social media in order for their actions to go viral.”

Sawaoka and Monin conducted six experiments with a total of 3,377 participants to examine how people perceived public outcry to an offensive or controversial post on social media. They set up a variety of scenarios, including asking people how they felt when there were only one or two comments versus a mass of replies.

In one study, the researchers showed participants a post taken from a real story of a charity worker who posted a photograph of herself making an obscene gesture and pretending to shout next to a sign that read “Silence and Respect” at Arlington National Cemetery.

They asked participants how offensive they found the photograph, as well as what they thought about the responses to the post.

Sawaoka and Monin found that when participants saw the post with just a single comment condemning it, they found the reaction applaudable.

When they saw that reply echoed by many others, they viewed the original reply – that had been praiseworthy in isolation – more negatively. Early commenters were de facto penalized for later, independent responses, they said.

“There is a balance between sympathy and outrage,” said Monin about their findings. “The outrage goes up and up but at some point sympathy kicks in. Once a comment becomes part of a group, it can appear problematic. People start to think, ‘This is too much – that’s enough.’ We see outrage at the outrage.”

The researchers were curious to know whether people would feel less sympathetic depending on the status of the offender. Would they feel differently if something offensive was said by a well-known person, or by someone many people regard as abhorrent, like a white supremacist?

Sawaoka and Monin tested for that as well.

In one study, participants were shown a social media post taken from a real story where a comedian ridiculed overweight women. The researchers set up two conditions: one where they referred to him as an average social media user, and another where they said he was an up-and-coming comedy actor.

When Sawaoka and Monin tested for affiliation to a white supremacist organization, they found similar results. Although participants were less sympathetic toward a white supremacist making a racist comment, they did not view the individuals who participated in the outrage any differently. They still perceived the display of viral outrage as bullying.

“These results suggest that our findings are even more broadly applicable than we had originally anticipated, with viral outrage leading to more negative impressions of individual commenters even when the outrage is directed toward someone as widely despised as a white supremacist,” Sawaoka and Monin wrote.

The question about how to respond to injustice in the digital age is complex, Sawaoka and Monin concluded in the paper.

There is no easy solution, the researchers said.

“Our findings illustrate a challenging moral dilemma: A collection of individually praiseworthy actions may cumulatively result in an unjust outcome. Obviously, the implication is not that people should simply stay silent about others’ wrongdoing,” said Sawaoka. “But I think it is worth reconsidering whether the mass shaming of specific individuals is really the best way to achieve social progress.”

All data and materials have been made publicly available and the design and analysis plans for Studies 4a and 4b were preregistered via the Open Science Framework (OSF). The complete Open Practices Disclosure for this article is available online. This article has received badges for Open Data, Open Materials, and Preregistration.

This text was adapted from a press release sent out by Stanford University.

News > Latest Research News > When Moral Outrage Goes Viral, It Can Come Across as Bullying