When we speak, we “leak” information about our social identity through the nuanced language that we use to describe others, according to new research in Psychological Science, a journal of the Association for Psychological Science. This research shows that people can infer a speaker’s social identity (e.g., political party affiliation) from how the speaker uses abstract or concrete terms to describe someone else’s behavior.

“Our findings show that language is a powerful tool for communication, not just in the traditional sense, but also in this more implicit, subtle manner,” explains lead researcher Shanette Porter of the University of Chicago. “Two people can use strikingly similar words but convey very different messages about their beliefs about others, their attitudes toward others and, as we find in the present research, who they are.” 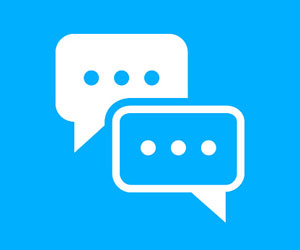 Prior research has shown that people express beliefs, values, and stereotypes about others through subtleties in the way they use language – that is, they communicate not only through what they say, but how they say it.

Describing a person’s behavior concretely, using action verbs – for example, “Sam hit her friend” – typically signals that the behavior is a one-time occurrence and not necessarily characteristic of that person. Describing someone’s behavior using adjectives and nouns, on the other hand – for example, “Sam is violent” – comes across as more abstract and suggests that the behavior may reflect a personal trait.

Prior research has also demonstrated that we tend to use these linguistic subtleties in a favorable way when we’re talking about people who belong to the same group as us: We’re likely to use abstract language in discussing their desirable behaviors and concrete language in describing their undesirable behaviors. If we’re talking about someone from another group, however, the pattern reverses – we tend to use concrete language to describe positive behaviors, and abstract language to describe negative ones.

Porter and colleagues hypothesized that people can pick up on these linguistic nuances, and use them to identify whether a speaker is likely to share a group membership with the person he or she is talking about.

These findings emerged regardless of whether participants believed Peter’s social identity was Democratic or Republican. In another study, the researchers found the same pattern of results for Christian group affiliation.

And additional findings revealed that when these linguistic cues were available, participants used them to determine speakers’ social group identity, even when they weren’t explicitly asked to make such a categorization.

According to Porter, these findings have implications for those interested in persuasion:

“The interplay between a communicator’s language and audience members’ social identities is an important issue for marketers, politicians, anyone who wants to persuade a person or group of people.”

But the research has relevance for anyone who uses language to communicate, says Porter:

“It may be useful for any of us to know that when we write or speak, our audience perceives a great deal of information from very small variations in the way in which something is communicated.”

Co-authors on the study include Michelle Rheinschmidt-Same and Jennifer A. Richeson of Northwestern University.

This work was supported by a fellowship from the John D. and Catherine T. MacArthur Foundation and a grant from the National Science Foundation (BCS-0921728), both awarded to J. A. Richeson.

All data have been made publicly available via Open Science Framework and can be accessed at https://osf.io/946vb/. The complete Open Practices Disclosure for this article can be found at http://pss.sagepub.com/content/by/supplemental-data. This article has received the badge for Open Data. More information about the Open Practices badges can be found at https://osf.io/tvyxz/wiki/1.%20View%20the%20Badges/ andhttp://pss.sagepub.com/content/25/1/3.full.