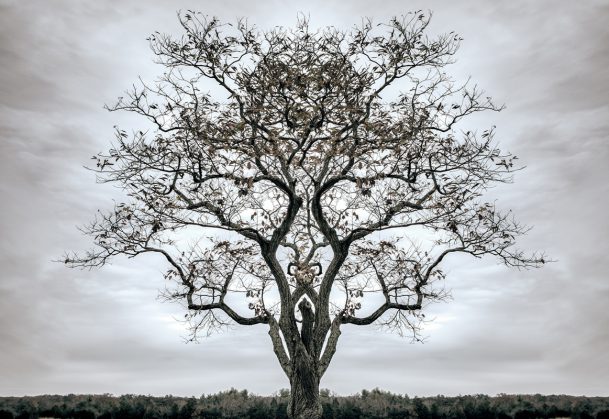 When we turn on the A/C in the summer, our first thought is probably one of relief. If it’s 100 degrees in the shade, we’re probably not thinking about how our decision might influence the environmental legacy we leave for future generations. It’s not that we don’t care, it’s just that we typically don’t think about our behavior in terms of long-term, inter-generational tradeoffs. But new research suggests that reminders of our own mortality may encourage us to keep future generations in mind as we make decisions.

In a study published in Psychological Science, a publication of the Association for Psychological Science, Kimberly Wade-Benzoni, of Duke University Fuqua School of Business, and her colleagues decided to focus on a kind of problem they call an “intergenerational dilemma,” examining whether certain factors might lead the current generation to make sacrifices on behalf of future generations, even when there aren’t any material or economic incentives to do so.

When people make decisions, they often focus on rewards in the present at the expense of rewards in the future – a phenomenon called ‘intertemporal discounting.’ The hurdle to overcome with intergenerational dilemmas is that they require us to focus on future rewards that will be enjoyed by someone else. These dilemmas are unique because there isn’t just a temporal distance between decision-maker and beneficiary, there’s a social distance, too.

Wade-Benzoni and her colleagues hypothesized that reminding people of their mortality might be one way to strengthen their connection to future others, activating what the researchers call a ‘legacy motivation.’ They theorized that thoughts of death might be enough to motivate people to want to leave a positive legacy, even when that legacy spans several generations, effectively overcoming the temporal and social hurdles involved in intergenerational dilemmas. The researchers decided to test their hypothesis in several experiments.

The researchers found that those participants who had been primed with thoughts of mortality gave more money to the future-oriented charity than to the present-oriented charity. The findings suggest, in line with the original hypothesis, that thinking about death motivated participants to behave in ways that ensured their personal legacy, leaving their mark by channeling their lottery donations toward needy others in the future.

“Creating a positive legacy offers people a means of symbolic immortality,” says Wade-Benzoni. “This psychosocial benefit is powerful enough to overcome very basic human tendencies to discount the value of benefits that will be enjoyed by others in the future.”

Wade-Benzoni and her colleagues wanted to know more about the specific factors that drive the relationship between mortality and legacy motivation, so they decided to conduct a second experiment in which they created a hypothetical scenario related to energy and the environment.

As in the first experiment, some participants were primed with thoughts of mortality, and then all the participants were asked to make their energy allocation. To get at the possible connection to future others, the researchers asked participants whether they felt an affinity with the other group.

Just as they expected, the researchers found that participants who were primed with thoughts of mortality were more likely to allocate the energy toward future beneficiaries. Furthermore, this desire to help future others was related to their sense of connection to the beneficiary.

In light of findings from the well-established literature on intertemporal choice, the behavior demonstrated in these studies under conditions of mortality salience is strikingly counter-intuitive. And that is exactly why this research is important, says Wade-Benzoni – these new studies examine how people make decisions across both temporal and social distances.

“Acting on the behalf of future generations can paradoxically represent a dramatic form of self-interest – immortality striving,” she explains. “Believing that we have made a difference by leaving a group, an organization, a professional field, or the world a better place helps us to gain a sense of purpose in our lives and buffer the threat of meaninglessness posed by death.”

The key to effective environmental policies, then, may be to help citizens see their day-to-day decisions as trade-offs between current and future generations and remind them, subtly, that none of us will live forever. We will all, as Shakespeare put it, shuffle off this mortal coil; the question is what legacy will we leave?

High levels of the trait neuroticism are linked with lower risk of death for people who say they’re in fair or poor health, data from 500,000 UK residents show. More

Although thinking about dying can cause considerable angst, research suggests that the actual emotional experiences of the dying are both more positive and less negative than people expect More