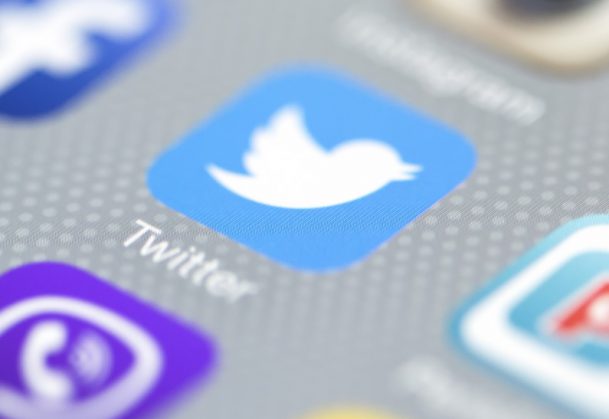 Twitter offers a public platform for people to post and share all sorts of content, from the serious to the ridiculous. While people tend to share political information with those who have similar ideological preferences, research from New York University’s Social Media and Political Participation Lab demonstrates that Twitter is more than just an “echo chamber.”

“Platforms like Twitter or Facebook are creating unprecedented opportunities for citizens to communicate with their peers about current events,” says researcher Pablo Barberá of New York University, lead author on the study. “The conventional wisdom is that these environments exacerbate social extremism and political polarization, but we find that online communication structures are really flexible and situation-specific.”

Barberá and his co-authors—John T. Jost, Jonathan Nagler, Joshua A. Tucker, and Richard Bonneau—decided to take advantage of a new method of estimating the ideological positions of millions of Twitter users to investigate the dynamics of online conversations with respect to a wide range of public issues.

Barberá and colleagues investigated the structure and content of Twitter conversations about politicized issues such as the federal budget, marriage equality, the 2012 presidential campaign, and the 2013 government shutdown. And they also looked at non-political issues such as the 2014 Super Bowl and the Boston Marathon bombing. Their data set contained nearly 150 million tweets that mentioned specific keywords related to these topics.

The team of researchers identified Twitter users’ ideological leanings by inspecting the ideologically distinctive individuals and organizations they had chosen to “follow,” including accounts for the president, legislators, candidates for public office, and specific media outlets and interest groups. The researchers weeded out “bots” and any other accounts that did not appear to represent actual U.S. citizens, resulting in a total sample of 3.8 million active Twitter users.

For overtly political topics, such as the 2012 presidential election and the 2013 government shutdown, the data show quite clearly that people did tend to share and exchange information with others who had similar ideological affiliations. But for less political topics, such as the 2013 Boston Marathon bombing and the 2014 Super Bowl, the flow of information looked much more like a “national conversation,” in which people with different ideological perspectives shared one another’s messages.

“To some extent, social media platforms can promote democratic deliberation and the exchange of ideas from different perspectives,” says Barberá. “Even for the most divisive topics, such as the 2012 presidential election, we did not see a perfect division on Twitter – while people may encounter political views that they agree with, they’ll encounter divergent opinions as well.”

Other findings revealed that the shape and scope of public conversations did change over time for certain issues. Information-sharing about the tragic Newtown elementary school shooting, for example, began in a relatively nonpartisan, non-ideological fashion and gradually became more polarized as discussions about gun control policies came to the fore.

“To our knowledge, this is the first study to demonstrate dynamic shifts in the degree of ideological polarization online,” Nagler points out.

Consistent with previous theory and research in psychology, the researchers observed that patterns of information-sharing differed between liberals and conservatives.

“Results indicated that liberal Twitter users were more likely than conservatives to share messages posted by people with different ideological views,” says Jost. “Of the twelve issues we examined, there was only one (the 2014 Winter Olympics) for which liberals and conservatives were equally likely to retweet across ideological lines.”

“Taken together, the findings from this research program illustrates how the ability to measure the ideological positions of millions of individuals can transform how we study social and political attitudes and behavior,” concludes Tucker.

This article has received badges for Open Data and Open Materials. More information about the Open Practices badges can be found at https://osf.io/tvyxz/wiki/1.%20View%20the%20Badges/ and http://pss.sagepub.com/content/25/1/3.full.

For more information about ongoing work from the Social Media and Political Participation Lab at New York University, visit: http://smapp.nyu.edu/