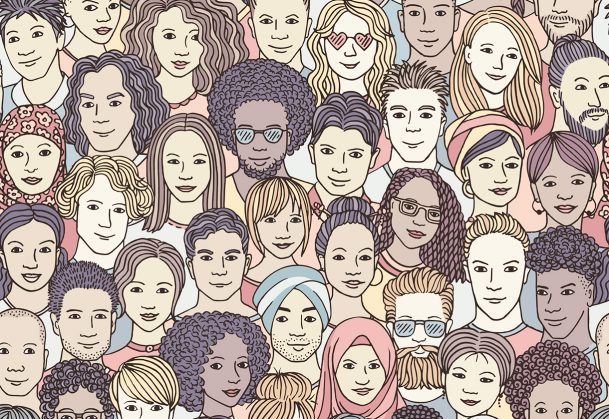 Being “average” is often considered a bad thing, but research suggests that averageness wins when people assess the trustworthiness of a face. The research indicates that, while typical-looking faces aren’t seen as the most attractive, they are considered to be the most trustworthy. The findings are published in Psychological Science, a journal of the Association for Psychological Science.

“Face typicality likely indicates familiarity and cultural affiliation — as such, these findings have important implications for understanding social perception, including cross-cultural perceptions and interactions,” explains psychological scientist and lead researcher Carmel Sofer of Princeton University and Radboud University Nijmegen in the Netherlands.

Previous studies have shown that a face composed as an average of many faces is often perceived as more attractive than the sum of its constituent parts. But other studies suggest that the relationship between averageness and attractiveness may not be so simple, and that some dimensions of faces matter more than others in explaining the connection. Sofer and colleagues wondered whether typicality might be more directly tied to perceptions of trustworthiness.

In one experiment, the researchers created a “typical” face by digitally averaging 92 female faces, and they also created an “attractive” face by averaging the 12 most attractive faces from another set of faces. They then combined the two faces into one and created nine variations that had differing levels of attractiveness and typicality. The final result was a continuum of 11 faces that ranged from least attractive to most attractive, with the most typical face occupying the midpoint.

Female participants viewed these face variations and used a 9-point scale to rate them on either trustworthiness or attractiveness; over the course of the study, the participants saw and rated each face three times. The researchers only included female participants so as to eliminate potential cross-gender differences in how people perceive and evaluate faces.

The resulting ratings revealed a sort of U-shaped relationship between face typicality and trustworthiness: The closer a face was to the most typical face, the more trustworthy it was considered to be.

When it came to attractiveness, however, typicality didn’t seem to play a role — participants rated faces as increasingly more attractive beyond the midpoint of the most typical face.

Another experiment confirmed these findings, showing the relationship between averageness and trustworthiness was not driven by the specific faces used or the by the transformation process that the researchers had employed to digitally combine and alter the faces.

Sofer and colleagues are interested in exploring how face typicality influence the face-related judgments we make in cross-cultural environments.

“We are interested in how people judge face trustworthiness when visiting other countries and how the locals perceive the visitors,” Sofer explains. “In addition, we plan to study how face typicality influences trustworthiness judgments, when other factors such as emotional expressions are present.”

All data and materials have been made publicly available via Open Science Framework and can be accessed at https://osf.io/nxrsj/. The complete Open Practices Disclosure for this article can be found at http://pss.sagepub.com/content/by/supplemental-data.