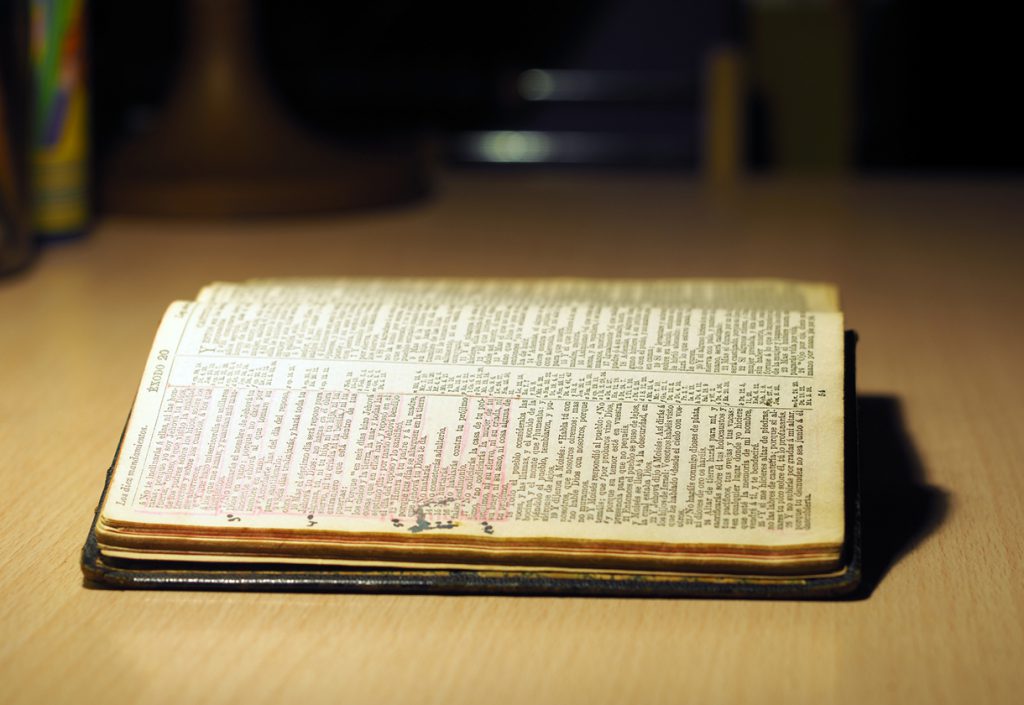 Scientists report they were unable to reproduce the results of a well-known study showing that people are less likely to cheat on a task after making a list of the Ten Commandments. Their findings are published in a Registered Replication Report (RRR) in Advances in Methods and Practices in Psychological Science, a journal of the Association for Psychological Science.

The RRR, led by Bruno Verschuere from the University of Amsterdam and Ewout Meijer from the University of Maastricht, presented primary analyses of data from a total of 4,674 participants collected by 19 participating labs. The RRR aimed to replicate a 2008 study in which researchers Nina Mazar, On Amir, and Dan Ariely asked participants to recall either the Ten Commandments or 10 books they had read before completing a separate problem-solving task.

Data from the original study indicated that participants who had thought about the Ten Commandments, a moral reminder, were less likely to exaggerate when self-reporting how many problems they had solved compared with those who had been prompted to think about books. The findings provided support for self-concept maintenance theory, which holds that people seek personal gain so long as they can maintain a positive self-image while doing so.

Verschuere and Meijer developed the RRR protocol in consultation with Mazar, Amir, and Ariely, who provided the materials used in the original study and feedback on the study design. The protocol was preregistered and made publicly available online – data from participating research teams were included in RRR analyses as long as the teams followed the protocol and met the preregistered criteria for inclusion.

The RRR data showed that the moral reminder had no observable effect on cheating behavior for participants who self-reported their problem-solving performance. Among the participants who had the opportunity to cheat, those who were asked to list the Ten Commandments reported solving about 0.11 more problems than their peers who listed books they had read. This stands in contrast with findings from the original study, which showed that participants who had thought about the Ten Commandments reported solving 1.45 fewer problems than their peers.

Although the participating research teams were located in various countries (including the US), there was little variation in their findings. This suggests that the features of the individual replication attempts and participants are unlikely to explain the overall RRR finding.

However, there may be other factors that could explain the divergent results.

“There are always differences between an original study and replication research. You cannot step in the same river twice,” says Verschuere. “For instance, the original study was conducted more than a decade ago at an elite university. The perceived rewards, the perceived probability of getting caught and the perceived consequences of getting caught may have been different for participants in our replication study. But we also need to consider the possibility that the effect does not exist, and that the original result was a chance finding.”

In a commentary accompanying the RRR, Amir, Mazar, and Ariely write that they are “grateful for the continued investigation and inquiry into a topic that we believe is not only important but also highly relevant in today’s world.”

They note that there are several possible reasons why the results detailed in the RRR might diverge from those of the original study, including the smaller testing group sizes. Also, participants may simply be more aware of research on dishonesty compared with those who participated in the original study a decade ago, they said.

According to Verschuere, the results show the importance of replication research.

“The psychological theory of cheating is very appealing, but we need more replication research to establish the reliability of its empirical basis,” he concludes.

The RRR and accompanying commentary are available online.

I want to get the article for English study

APS Fellow Jennifer Tackett, incoming editor of Clinical Psychological Science, discusses psychology as an interdisciplinary “hub science” and the importance of opening up that science to new voices.