Exposure to information that diminishes free will, including brain-based accounts of behavior, seems to decrease people’s support for retributive punishment, according to research published in Psychological Science, a journal of the Association for Psychological Science.

People who learned about neuroscientific research, either by reading a magazine article or through undergraduate coursework, proposed less severe punishment for a hypothetical criminal than did their peers. The findings suggest that they did so because they saw the criminal as less blameworthy.

“There is no academic consensus on free will, but we already do see discussions of brain processes and responsibility trickling through the justice system and other social institutions — for better or worse,” says psychological scientist and study author Azim Shariff of the University of Oregon. 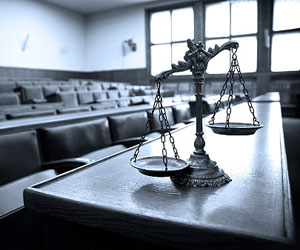 While research suggests that most people believe in free will, Shariff and colleagues wondered whether increasing exposure to information about the brain, which suggests a more mechanistic account of human behavior, might have consequences for how we reason about morality and make moral attributions.

They hypothesized that exposing people to information that diminishes belief in free will — neuroscientific or otherwise — would, in turn, diminish perceptions of moral responsibility; ultimately, this shift in belief would influence how people think about crime and punishment.

So, for example, if people come to believe that the brain drives behavior, they may be less likely to hold others morally responsible for criminal actions, eliminating the need to punish so that they receive their “just deserts.”

Those students who read the passage rejecting free will chose significantly shorter prison sentences, about 5 years, than did those who read the neutral passage, about 10 years.

The effect also emerged when the manipulation was more subtle: Students who read an article about neuroscience findings that only implied mechanistic explanations for human behavior chose shorter prison sentences than did their peers who read about nuclear power or natural headache remedies.

Not only that, they also placed less blame on the transgressor. Further analyses revealed that decreased blameworthiness actually accounted for the relationship between diminished belief in free will and lighter sentences.

Interestingly, students who freely enrolled and participated in an undergraduate course in cognitive neuroscience also showed the effect. Students who took a neuroscience course chose a lighter prison sentence at the end of the semester than they had at the beginning of the semester; this decrease in recommended sentence was associated with self-reported increases in knowledge about the brain over the course of the semester.

Students enrolled in a geography course, on the other hand, showed no change in their sentencing recommendations over time.

“These results show that our students are not only absorbing some of what we’re teaching them, but also seeing implications of that content for their attitudes about things as fundamental as morality and responsibility,” says Shariff. “It underscores the consequences that science education — and perhaps psychological science education, in particular — can have on our students and, ultimately, the broader public.”

Shariff and colleagues believe that their findings could have broad implications, especially in the domains of criminal justice and law.

This project was supported in part by the John D. and Catherine T. MacArthur Foundation (Award 07-89249-000-HCD), by the Regents of the University of California, and by the John Templeton Foundation.

All materials have been made publicly available via Open Science Framework and can be accessed at osf.io/dy3pm. The complete Open Practices Disclosure for this article can be found at http://pss.sagepub.com/content/by/supplementaldata.

This article has received the badge for Open Materials. More information about the Open Practices badges can be found at https:/?osf.io/tvyxz/wiki/view/ and http://pss.sagepub.com/content/25/1/3.full.