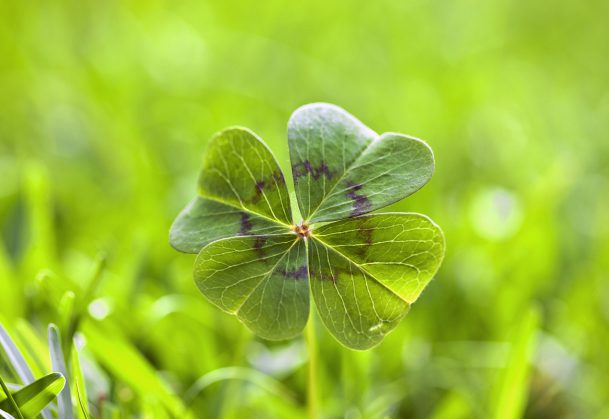 Don’t scoff at those lucky rabbit feet. New research shows that having some kind of lucky token can actually improve your performance – by increasing your self-confidence.

“I watch a lot of sports, and I read about sports, and I noticed that very often athletes – also famous athletes – hold superstitions,” says Lysann Damisch of the University of Cologne. Michael Jordan wore his college team shorts underneath his NBA uniform for good luck; Tiger Woods wears a red shirt on tournament Sundays, usually the last and most important day of a tournament. “And I was wondering, why are they doing so?” Damisch thought that a belief in superstition might help people do better by improving their confidence. With her colleagues Barbara Stoberock and Thomas Mussweiler, also of the University of Cologne, she designed a set of experiments to see if activating people’s superstitious beliefs would improve their performance on a task.

In one of the experiments, volunteers were told to bring a lucky charm with them. Then the researchers took it away to take a picture. People brought in all kinds of items, from old stuffed animals to wedding rings to lucky stones. Half of the volunteers were given their charm back before the test started; the other half were told there was a problem with the camera equipment and they would get it back later. Volunteers who had their lucky charm did better at a memory game on the computer, and other tests showed that this difference was because they felt more confident. They also set higher goals for themselves. Just wishing someone good luck – with “I press the thumbs for you,” the German version of crossing your fingers – improved volunteers’ success at a task that required manual dexterity. The research is published in Psychological Science, a journal of the Association for Psychological Science.

Of course, even Michael Jordan lost basketball games sometimes. “It doesn’t mean you win, because of course winning and losing is something else,” says Damisch. “Maybe the other person is stronger.”