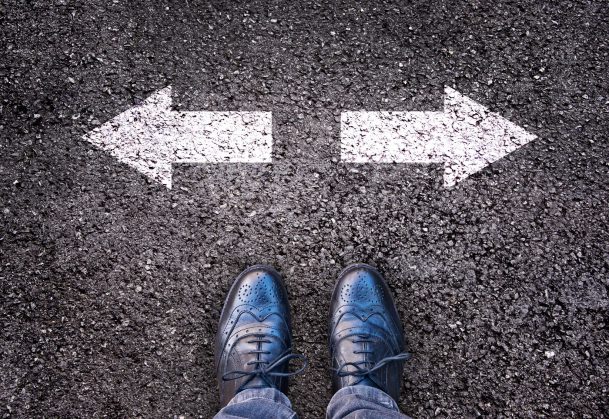 Although powerful people often tend to decide and act quickly, they become more indecisive than others when the decisions are toughest to make, a new study suggests. The study is published in Psychological Science, a journal of the Association for Psychological Science.

Researchers found that when people who feel powerful also feel ambivalent about a decision – torn between two equally good or bad choices – they actually have a harder time taking action than people who feel less powerful.

That’s different than when powerful people are confronted by a simpler decision in which most evidence favors a clear choice. In those cases, they are more decisive and act more quickly than others.

“We found that ambivalence made everyone slower in making a decision, but it particularly affected people who felt powerful. They took the longest to act,” said Geoff Durso, lead author of the study and doctoral student in psychology at The Ohio State University.

Richard Petty, co-author of the study and professor of psychology at Ohio State, said other research he and his colleagues have done suggests that feeling powerful gives people more confidence in their own thoughts.

That’s fine when you have a clear idea about the decision you want to make. But if you feel powerful and also ambivalent about a decision you face, that can make you feel even more conflicted than others would be, he said.

“If you think both your positive thoughts and your negative thoughts are right, you’re going to become frozen and take longer to make a decision,” Petty said.

The study involved two separate experiments that recruited college students as participants. They were told the goal of the experiments was to understand how people make decisions about employees based on limited information.

One of the negative behaviors was that Bob was caught stealing the mug of a co-worker when it was left in the company kitchen. A positive behavior was that Bob had met or beaten all but one of his earnings goals since he was hired.

After learning about Bob, participants were asked to write about a time in their lives when they had a lot of power or very little power over others.  This writing exercise has been shown in other studies to induce momentary feelings of power or powerlessness among those who complete the task.

At this point, the researchers were able to start measuring how feelings of power interacted with feelings of ambivalence toward the employee.

Participants were asked to rate the extent to which they felt conflicted, undecided, or mixed about their attitudes toward Bob – all measures of ambivalence. As expected, those who were told Bob showed a mixture of positive and negative behaviors felt much more ambivalent toward him than those who were told his behaviors were all positive or all negative.

They were then asked how likely it would be that they would delay making any decisions about Bob’s future with the company, if they were given such an opportunity.

After answering how much they wanted to delay the decision, the moment of truth came for the participants. In one study, they had to decide whether to promote Bob by clicking a key on a computer keyboard. In a second study, they decided whether to fire him the same way.

Without their knowledge, the researchers measured how long it took participants to click the key to promote or fire Bob.

“Powerful people feel more confident than others in their own thoughts, they think their thoughts are more useful and more true.  But that can be a problem if your thought is that you’re not really sure the best way to proceed,” Durso said.

“Meanwhile, people who feel less powerful are less sure about the validity of their thoughts anyway, so they think they might as well just make a decision.”

The study was also co-authored by Pablo Briñol of Universidad Autónoma de Madrid in Spain.

All data have been made publicly available via the Open Science Framework and can be accessed at https://osf.io/5ybej/. The complete Open Practices Disclosure for this article can be found at http://pss.sagepub.com/content/by/supplemental-data. This article has received the badge for Open Data. More information about the Open Practices badges can be found at https://osf.io/tvyxz/wiki/1.%20View%20the%20Badges/ and http://pss.sagepub.com/content/25/1/3.full.