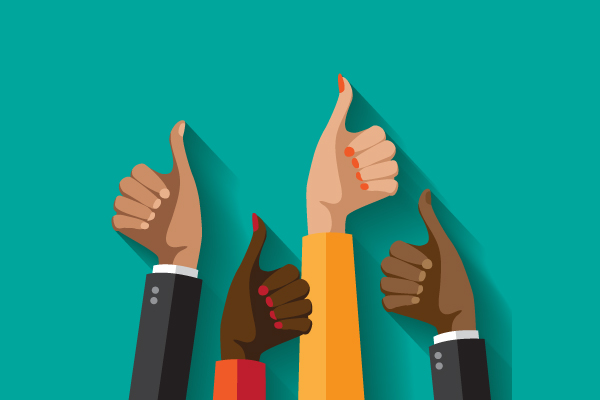 Summary: Researchers have found that emotionality—the degree to which an attitude is based on feelings and emotions—can create enduring opinions, shedding new light on the factors that make attitudes last.

Depending on the topic, people’s attitudes can change from moment to moment or last a lifetime. The factors that make one opinion long-lasting and another ephemeral, however, are not always clear.

Past studies have demonstrated that opinions based on hard facts and data can remain constant over time, but new research published in the journal Psychological Science reveals that attitudes based on feelings and emotions can also stand the test of time. This research has implications for both predicting whose attitudes are fixed versus fleeting and how to nudge people to form more long-lasting opinions.

“We have known that encouraging people to think carefully and rationally can produce attitudes that change less in the future,” said Matthew Rocklage, a researcher with the University of Massachusetts, Boston, and co-lead author on the paper. “Our research, however, shows that opinions based on people’s emotional reactions can be particularly long-lasting as well.”

To test the role that emotion plays in forming long-lasting attitudes, the researchers conducted seven independent studies involving more than 20,000 participants in a variety of real-world situations.

Emotionality is an unappreciated predictor of long-lasting attitudes.”

The first survey, which was conducted the day after Christmas, measured feelings about recently received gifts. The timing of this survey allowed the researchers to measure real-world reactions to a relatively newly formed attitude.

The participants were given a list of adjectives to describe their attitudes toward their gifts. Adjectives like “worthwhile” were associated with a practical reaction to the gift, whereas words like “delightful” were more strongly associated with an emotional reaction.

One month later, the participants completed a follow-up survey to test the endurance of their opinions. The results showed that the stronger the initial positive emotional reaction, the more likely that opinion remained fixed one month later.

The researchers conducted similar tests using virtually the same procedure but involving other scenarios, such as how much the participants supported consumer brands over time and how favorable their online restaurant reviews were between visits.

“Emotionality is an unappreciated predictor of long-lasting attitudes,” said Andrew Luttrell, a researcher at Ball State University and the other lead author on the paper. “These findings are important for understanding why some opinions are so difficult to change as well as how to create opinions that stick.”

Psychological Science, the flagship journal of APS, is the leading peer-reviewed journal publishing empirical research spanning the entire spectrum of the science of psychology. For a copy of this article, contact cblue@psychologicalscience.org.