News > Minds on the Road > Why We Worry About Shark Attacks, Not Car Crashes 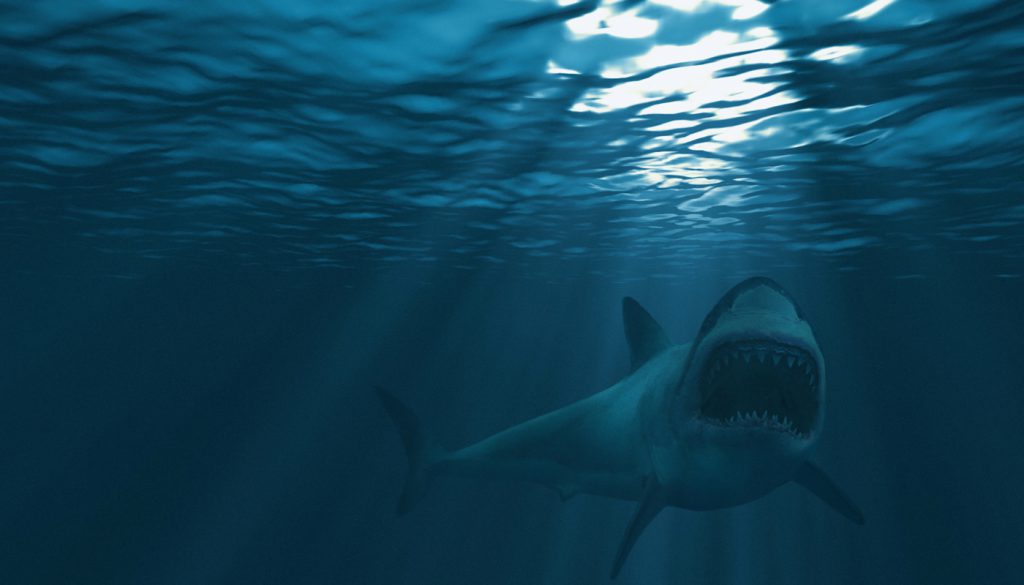 “I don’t think you appreciate the gut reaction people have to these things, Martin– it’s all psychological. You yell ‘Barracuda,’ everybody says ‘Huh? What?’ You yell ‘Shark,’ we’ve got a panic on our hands on the Fourth of July.”

Intense media coverage of (rare) shark attacks, as well as vivid scenes from Shark Week and movies like Jaws, stoke our fear of bloodthirsty great whites rather than more deadly, but mundane, hazards like driving without a seatbelt.

According to statistics from the International Shark Attack File, there were only 72 confirmed cases of unprovoked shark attacks worldwide in 2014. In contrast, the World Health Organization estimates that over a million people will die each year in car accidents. To put that in perspective, the risk of an untimely encounter with a shark is 1 in 3,748,067 while the lifetime risk of dying in a car crash is a staggering 1 in 84.

Our flawed perceptions of risk don’t stop at the beach. A team of psychological scientists from the University of Waikato in New Zealand—Samuel Charlton, Nicola Starkey, John Perrone, and Robert Isler—carefully examined drivers’ accuracy at judging risk, concluding that we often misjudge the real danger on the road.

“Since the earliest days of research into driver behavior, it has been reported that drivers modify their behavior according to the risk they perceive,” the research team writes. “Unfortunately, drivers do not always accurately perceive hazards and risks, and as a result, their behavior may not be appropriate to the circumstances.”

In one experiment, a group of 69 experienced drivers were shown a series of videos of real rural roads while seated in a driving simulator. Each of the roads had been formally assessed for objective crash risk using a standardized formula from the New Zealand Road Assessment Programme.

While navigating along with the videos, participants indicated the momentary levels of risk they were experiencing by moving a risk meter mounted on the steering wheel. Using a dial on the meter, participants were able to report their second-to-second perceptions of risk, from feeling perfectly safe to feeling an immediate danger of crashing.

Overall, the drivers’ risk assessments matched up well with the official objective risk scores. However, there were a few key exceptions: People consistently underrated the riskiness of intersections, ditches, and poles near the road.

A follow-up experiment in which 10 participants wore eye-tracking goggles during the driving simulation confirmed that people failed to notice these high-risk hazards at all.

To find out whether the lab results translated to people’s real risk assessments on the road, the research team recruited 15 participants to drive in an actual car. Participants drove on the same roads that were included in the videos while a research assistant asked them to rate riskiness.

They found very similar results; people were noticeably bad at accurately gauging the risk of certain types of road hazards.

The research team suspected that people assessed risk based on whether a hazard could directly cause a crash, rather than whether it could affect the severity of a crash. Therefore, oncoming traffic or low visibility were accurately assessed as risky, while poles and ditches on the side of the road were almost completely ignored.

Overall, drivers were very accurate at assessing road dangers. However, the research team suggests that governments can take some of the bite out of future accidents by finding ways to highlight the danger in situations where objective risks are high, but drivers’ perceptions of risk are low.

“As noted by earlier researchers, roads with low perceived risk may actually contribute to higher levels of objective risk because drivers are not taking due care at these locations,” the research team concludes.

News > Minds on the Road > Why We Worry About Shark Attacks, Not Car Crashes