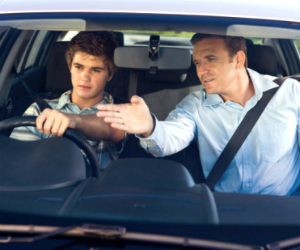 Young drivers have a reputation for being among the most dangerous on the road for good reason; according to the Center for Disease Control and Prevention (CDC), teen drivers, per mile driven, are nearly three times more likely than drivers older than 20 to be in a fatal crash, particularly in the first few months after receiving their license.

This week at the Transportation Research Board 94th Annual Meeting in Washington, D.C., psychological scientists presented innovative research on how we learn to transition from accident-prone novices to safer drivers as we gain experience behind the wheel.

“The over representation of novice drivers in road accidents across the world is consistent. This trend eclipses cultural trends and licensing differences,” says Neale Kinnear, a psychologist at the Transport Research Laboratory in the United Kingdom.

According to Kinnear, a key difference between novice drivers and more experienced drivers is how accurately they anticipate potential road hazards. As drivers gain experience, they get better at visually scanning ahead for danger and their emotional appraisals of hazards become quicker and more accurate.

Kinnear has found key differences in how drivers learn to recognize and respond to hazards as they gain experience. In one study, groups of experienced, inexperienced, and just-learning drivers watched video clips of hazardous driving scenarios while their sweat-induced skin conductance response was measured. Skin conductance provides researchers an objective, physiological measure of the body’s “fight or flight” response.

Kinnear and colleagues were interested in investigating exactly when drivers began to anticipate and react to the oncoming hazard. They found that more experienced drivers began to show a skin conductance response (i.e., their body is registering something potentially hazardous) just before the dangerous road event in the video occurred. On the other hand, novice drivers didn’t show a response until after the hazard had already taken place.

One strategy that many countries are adopting to help keep inexperienced motorists safe as they’re learning to drive is graduated licensing programs, which often include logging hours with a parent or other adult supervisor in the car. But does this supervision actually lead to safer teen drivers?

In one study, Foss looked at crash data collected from teen drivers within 36 months of receiving licensure. Surprisingly, he found that even after a year of supervised driving, teens were getting into accidents at unexpectedly high rates.

One possibility, Foss suggests, is that novice drivers aren’t really learning while they’re driving under supervision. Instead, teens may just be doing what they’re told and following directions instead of truly focusing on learning basic skills.

Although the vast majority of licensed US drivers say that their parents helped them learn to drive, Foss found evidence suggesting that parents don’t provide the kind of challenging variety in driving environments (rural, urban, highways, rain, or nighttime) that inexperienced drivers really need to improve their skills.

Through a comprehensive series of focus groups and interviews, Mirman and colleagues found that parents were rarely addressing two key areas for improving teen driving: exposure to diverse driving environments and mastering key skills behind the wheel.

As part of a large team of investigators and scientists, Mirman helped put together an interactive web-based program called TeenDrivingPlan (TDP) which helps provide a framework for parents and teens to track and master new skills in a variety of road environments. The program uses a series of short tutorials and other resources to help parents identify and track their child’s progress on specific driving skills.

There has been little to no increase in the association between adolescents’ technology engagement and mental health problems. More