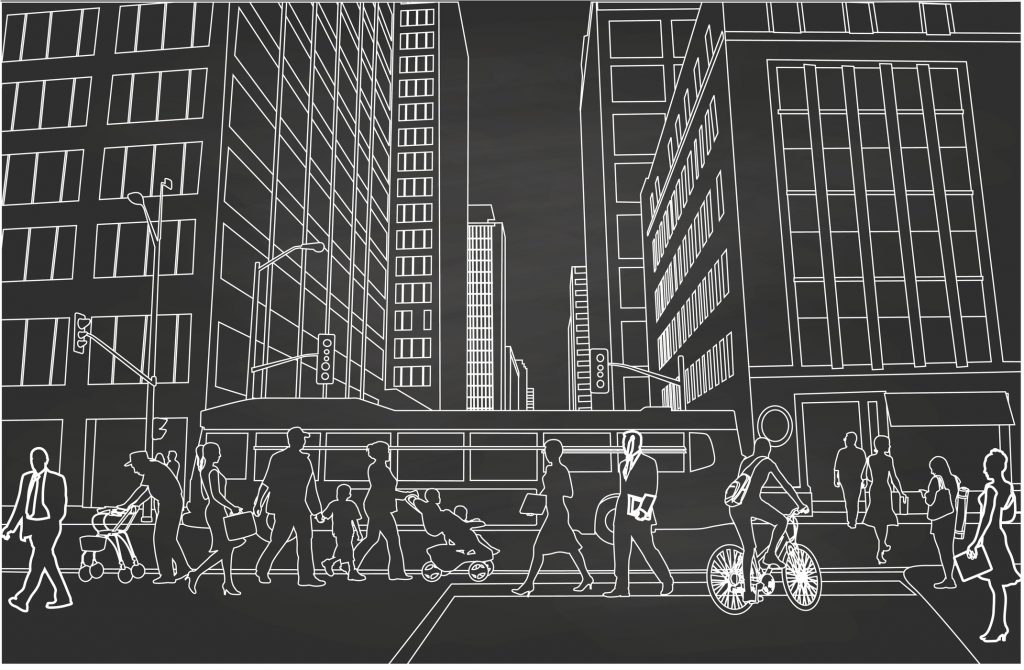 Just about anywhere you go in the developed world, cars are status symbols, and that drives many of us to buy shiny, big vehicles that guzzle gas and spew out pollutants. Bikes, public transit, and carpooling are among the alternatives that policymakers have promoted to help scale down auto traffic and curb greenhouse gas emissions. But many people can’t break the habit of driving fast and making trips by car when they could easily walk or ride a bike.

New research has identified some of the factors that sway people away from eco-friendly behaviors and decisions, like considering alternatives to using their cars. Northwestern University researchers, led by behavioral scientist and transportation engineer Alec Biehl, surveyed 914 residents of Indiana, Illinois, Michigan, Minnesota, Ohio, and Wisconsin with an online questionnaire and found differences in how people thought about walking to work versus biking, and how easily they would consider making them part of their lifestyles.

The researchers used a ‘stage-of-change’ model originally designed as a smoking cessation intervention. This framework involves five stages: precontemplation (not considering making a lifestyle change for the better), contemplation (considering making a change in the near future), preparation (considering making a change in the next month or so), Action (adopting the new behavior), and maintenance (new behavior has lasted for 6 months or so). In this way, the researchers could find the numbers of people who were rejecting walking or biking, those who were considering it but weren’t committed to it, those who had tried it within the past 6 months, and those who were committed to walking or biking as a regular form of transportation. Participants rated their thoughts and actions toward walking and biking on a scale of 1 to 3:

1.  “I have never contemplated making a routine trip using this mode,”

2.  “I have contemplated making a routine trip using this mode,”

The results suggested that lots of people were thinking about walking, were taking a few routine trips on foot, or had recently started walking regularly. Biking, on the other hand, seemed more polarizing. By and large, survey members were either already biking regularly or weren’t even considering it. Few participants were in the in-between stages.

The authors suggested public information campaigns targeting these different groups could prove fruitful in getting drivers to consider walking or getting those who are aren’t even thinking about biking into the contemplation or preparation stage.

The study also revealed specific factors that could encourage bikers and walkers. For example, results show individuals with strong navigation skills tended to bike regularly. This correlation could indicate that bikers become skilled at navigation over time, or that people with poor navigation ability avoid biking, the authors said. If the latter is true, policymakers might consider erecting better signage to make cycling less daunting.

Previous research has shown the potential importance of tailored messaging to drive environmentally friendly actions, even from nation to nation. Results of a 2016 study in Psychological Science looked at the psychological factors that drive environmentally-related consumer decisions in different countries. The researchers, led by psychological scientist Kimin Eom, University of California, Santa Barbara, examined survey data from 48 countries, looking the level of concern participants had toward environmental issues such as global warming and their willingness to either allocate part of their income or pay increased taxes toward environmental protection. Their analyses showed that the link between environmental concern and support for environmental action was associated with national-level individualism: The more individualistic a society, the stronger the link. This remained true even after the researchers took various other cultural factors into account. Their research also suggested that social norms were a stronger motivation for environmental actions in collectivistic societies versus individualistic countries. The authors suggested that campaigns aimed at increasing environmental concerns may work in one culture but not in another, depending on the fit that messaging has with cultural values.