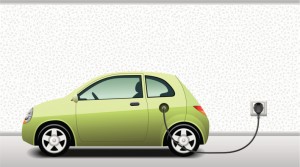 More than 405,000 fully electric vehicles (EVs) are on the road worldwide this year, according to a recent report from a German renewable energy company. That may not seem like many – after all, there are over 1 billion cars in the world. But that number is fully double the number of EVs that were on the road just 2 years ago.

Despite what seems to be a burgeoning market for plug-and-play vehicles, misinformation and stereotypes about the cars have proved a major impediment for manufacturers.

Researchers from Oxford Brookes University in the United Kingdom recently investigated public perceptions of electric cars by surveying 55 EV drivers. These participants were part of an on-going project in which they were given an electric car for 6-12 months and were required to report back on a variety of questionnaires and interviews.

After 3 months of driving, the participants were asked about other people’s reactions toward the car, and about the conversations the car had sparked with friends, family, and acquaintances. As reported in Transportation Research, the perceptions and reactions fell into three overarching categories:

• Traditional: More than half of the drivers said that some people viewed the EV cars negatively, and for a variety of reasons. According to an analysis of the interview reports, these people tended to perceive EVs as either “geeky/techy” or, alternatively, just the opposite: toy-like, laughable, or technologically crude. They would claim, often without evidence, that the car’s performance was inadequate (not fast enough, takes too long to charge) and that it just didn’t stack up to a normal, gas-powered vehicle. Their comments were generally accompanied by a diffuse sense of skepticism, but with very few rational reasons for questioning the vehicles.

• Ambivalent: Other people were significantly more interested and excited about the electric cars, but were too fuzzy on the details to commit to an opinion. They were generally rational, thinking about the costs and benefits, but also frequently mentioned that the technology was underdeveloped, too futuristic, and potentially unfeasible. In general, they opted for a “wait and see” approach, assuming that at some point in the future it might be worth their while to think about buying an electric car themselves.

• Positive: The third group of people, just like the drivers themselves, expressed positive attitudes about the cars, and were very interested in learning more and taking the car for a test drive. In fact, when the participants had other people ride in the car, the responses were almost unanimously positive – generally because sitting in the car broke down the negative stereotypes that were so mainstream among the traditional and ambivalent types. Among these people, there was a sense that the “future had already arrived and that it was one which they wanted to be a part of.”

As the researchers note, it seems that mere exposure to an electric car is often enough to persuade people of its utility. By that rationale, EV popularity may increase in a positive feedback loop as more and more people buy the vehicles and show them off to friends and family.