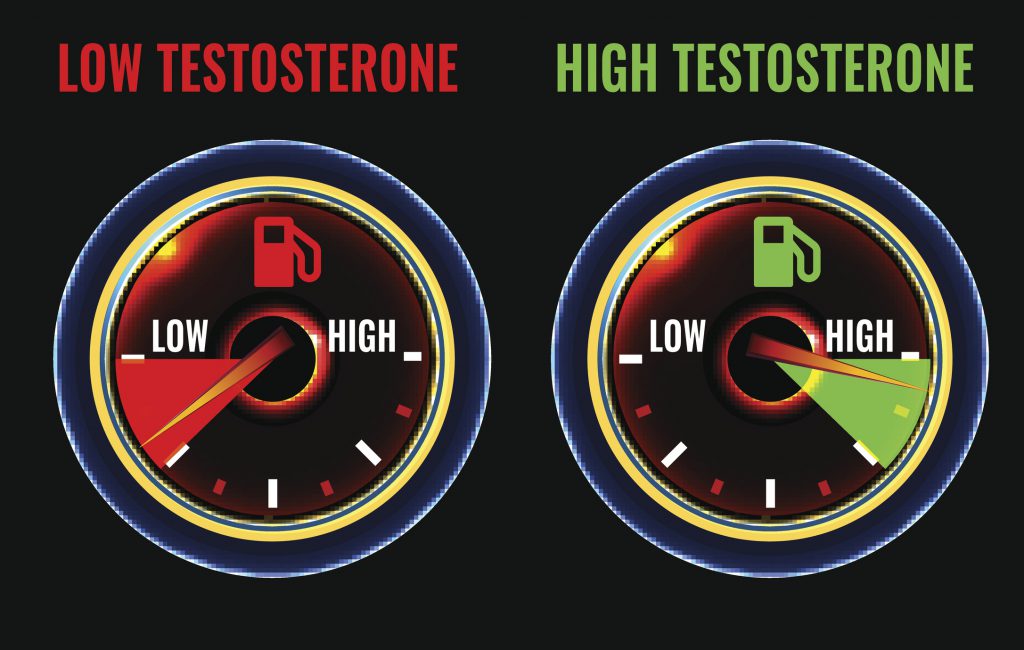 For many people, driving seems to provide an outlet for their most pugnacious tendencies. They’re the people who cut you off, flash their headlights and honk, and recklessly weave in and out of traffic at high speed. And they’re a danger. The American Automobile Association recently estimated that 56% of car accidents result from aggressive driving.

Are these drivers simply more easily provoked by congested roads, or are they more prone to risk-taking? Could biology be at play?

Researchers have begun to investigate whether hormonal and genetic factors, when combined with certain personality traits, have something to do with aggressive behavior.

One of the key targets in a new study is testosterone — although people often link the hormone with aggressive behavior, there is limited evidence to back that popular notion. To explore the relationship further, an international research team led by Shawn N. Geniole at the University of Vienna decided to investigate the neurobiological aspects of aggression and personality in men. Their findings are reported in Psychological Science.

The scientists recruited men ages 18 to 40 for the study. The 322 participants completed personality questionnaires. Geniole’s team used the responses to develop a personality-risk score for each participant, with higher scores indicating greater dominance, less self-control, and more focus on their own needs and preferences. The participants provided saliva samples that the researchers used to determine baseline testosterone concentration; they also provided mouthwash samples that were used to extract DNA.

Each individual was randomly given either a testosterone-boosting medication or a placebo and was assigned to a task designed to measure aggression. The men were told they would be playing a computer game against a player who was in another room. (The player was actually fictitious.) In the game, participants received points that they could exchange for money at the end of the task. They had to press a key 100 times to earn a single point worth 50 cents. Throughout the game, the computer screen would signal that the player had lost a point, indicating that the other, unseen player had stolen a point from them. In response, the men could either continue earning points by pressing the key, press a different “protect” key to safeguard their points for a variable amount of time, or press a third “steal” key to take a point away from the other player.

Some of the participants were told they would not get to keep the points they stole. In other words, they would only be able to reduce the other player’s earnings but would reap no financial benefit as a result. Previous research using this experimental approach has shown that people who self-report as aggressive tend to steal more points compared with less-aggressive individuals.

Next, the participants filled out a questionnaire rating the extent to which stealing points felt good and the level of anger they felt when their partner stole their points. The researchers then collected a second round of testosterone and DNA samples.

Results showed that men with higher personality-risk scores (suggesting high dominance and low self-control) were more vulnerable to the aggression-inducing effects of testosterone than were men with lower risk scores. But the testosterone effects seemed especially potent for men with a specific characteristic in the androgen receptor (AR) gene, which directs the development of male sexual characteristics. Additionally, these men reported experiencing more pleasure (but less anger) in the game.

Geniole and colleagues suspect that the combination of testosterone, high personality risk, and a certain genetic trait combine to increase aggression, in part by increasing activity in reward-related regions of the brain. The researchers are interested in expanding on these findings by looking at other anger-related brain responses and investigating whether the effects are similar in women.

This research did not look at behavior beyond the aggressive behavior shown in the experimental task. But the findings raise the possibility that the men who have a fiery interaction of testosterone, personality, and a certain genetic feature are the same guys who cut you off in traffic and speed through red lights. If the results hold up in real-world scenarios, scientists may someday be able to use a blend biological and psychological measures to identify people at greatest risk for dangerous driving.