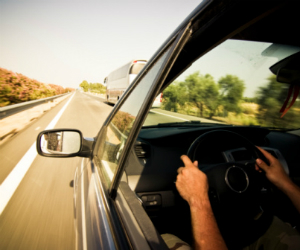 As cars become increasingly automated, researchers are looking at who’s the better driver: the human or the car.

A recent study from psychological scientists Mark Vollrath, Susanne Schleicher, and Christhard Gelau found that cruise control and ACC systems can have both positive and negative effects on driving safety.

The researchers used a driving simulator to see how 21 participants would adapt to using cruise control and ACC in a variety of conditions.

Participants were instructed to use the cruise control systems as often as possible while driving safely through a course that included realistic challenges, such as traffic jams, steep curves, speed limit variations, and inclement weather.

There was also evidence that drivers might be relying on the automatic system to detect other cars or obstacles better than they themselves could. For example, drivers drove much faster when they encountered foggy conditions when they were supported by ACC.

But, the researchers surmise that when drivers don’t have to continuously watch and adjust the speed of the car they may become less attentive to their surroundings.

“As drivers rely on the ACC system they do not monitor the surrounding as carefully and might thus lose some of their situation awareness,” Vollrath, Schleicher, and Gelau write in the journal Accident Analysis and Prevention.

Interesting article – has the group done any other more research other than the 21 people. Getting data from real world driving such as dash cams or electronic storage device to monitor driving habits with cruise. Also how people react in the real world settings not just a simulator.