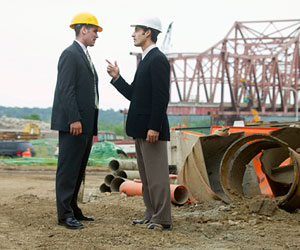 We all have colleagues that we simply don’t like. Those personal frictions color our attitudes throughout the day and even after work. But if a run-in with a co-worker involves a specific work-related dispute, the tensions tend to abate rather quickly, a new study shows.

A research team led by Laurenz Meier, an industrial/organizational psychologist at the University of Fribourg in Switzerland, examined how people’s reported feelings of anger varied from day to day. Meier and her colleagues asked 131 participants to keep diaries about their moods before and after work over a two-week period. The participants also logged daily incidents involving both personal fights and work-related disputes with colleagues.

The researchers tracked how participants’ moods changed following such conflicts. They found that people felt angrier at the end of a day that involved interpersonal conflicts with co-workers, and those foul moods lingered into bedtime and even into the following morning.

When the conflict involved not only a personality difference, but also a task that needed handling, the sour moods largely disappeared by bedtime.

In a report on the study published in the Journal of Occupational Health Psychology, Meier’s team hypothesize that workers are better off when they can attribute a conflict to the heat of the moment—such as seething tempers over concerns about a project’s success—rather than personal animosities. In short, we’re likely to recover from a conflict faster when we blame it on the context rather than the person.