News > Minds at Work > Well, Son of a Biscuit: Swearing Correlated with Honesty 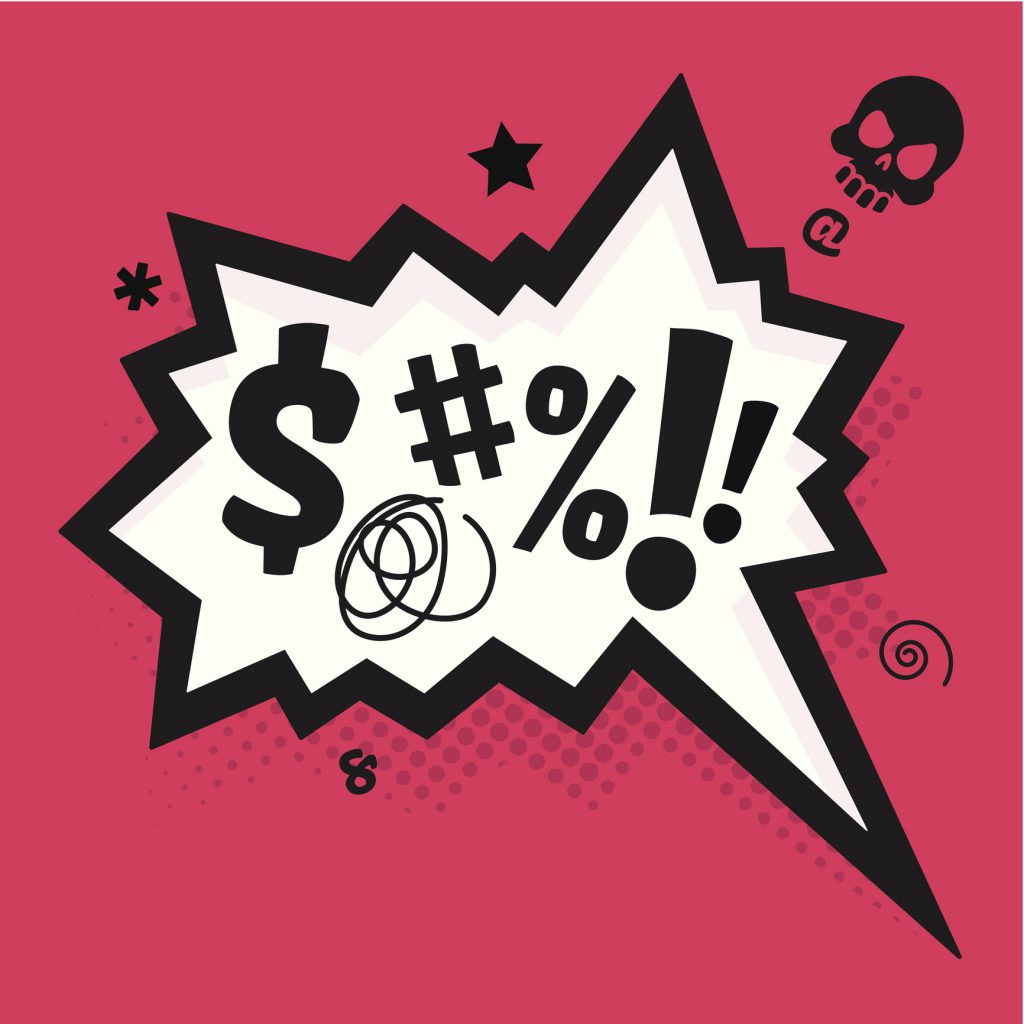 Voted the greatest movie quote of all time by the American Film Institute, Rhett Butler’s “Frankly my dear, I don’t give a damn” from Gone with the Wind is said to have landed the film’s producers with a hefty $5,000 fine for violating the Motion Picture Production Code. David O. Selznick, a producer on the film, defended keeping the profanity intact by explaining to regulators, “It is my contention that this word as used in the picture is not an oath or a curse. The worst that could be said of it is that it’s a vulgarism.”

Long after the “damn” controversy of 1939, we’re still struggling with how to regulate the public use of profanity. Managing expectations about swearing and profanity in the workplace can be particularly contentious: There have been several workplace lawsuits brought by employees who lost their %&#*-ing jobs because of profane language at work (one major lawsuit involved two Hooters waitresses getting into a profanity-laced argument in front of customers). But why do we consider the use of profanity to be such a taboo act that we’re willing to hand out fines and ban it from the workplace altogether?

A new study conducted by an international team of researchers from the Netherlands, the United Kingdom, the United States, and Hong Kong has found evidence that a little swearing may not be so bad for business after all.

“There are two opposing perspectives on the relationship between profanity and dishonesty,” the researchers write. “As dishonesty and profanity are both considered deviant and immoral, they are generally perceived as a reflection of a disregard for societal normative expectations, low moral standards, lack of self-control, or negative emotions.”

While we might associate profanity with negative character traits, like dishonesty or aggression, lead author Gilad Feldman (Maastricht University) and colleagues found that, in reality, people who swear like sailors may actually be more honest.

“On the one hand, profane individuals are widely perceived as violating moral and social codes and thus deemed untrustworthy and potentially antisocial and dishonest,” Feldman and colleagues explain. “On the other hand, profane language is considered as more authentic and unfiltered, thus making its users appear more honest and genuine. These opposing views on profanity raise the question of whether profane individuals tend to be more or less dishonest.”

In their first study, the researchers recruited 276 participants to complete a survey on their profanity usage. Participants were asked to list their favorite swear words and the profane words they used the most often. Participants also self-reported the frequency that they swore under different circumstances: in person (face to face), in private (no one else around), and in writing.

Honesty was measured with a commonly used personality scale that required people to fess up to a series of yes or no questions, such as whether they always keep their promises no matter what and whether all of their personal habits are positive, good ones.

“Honesty was positively correlated with all profanity measures,” the researchers write, “meaning that participants lied less on the Lie scale if they wrote down a higher number of frequently used and liked curse words or self-reported higher profanity use in their everyday lives, even when controlling for age and gender.”

In a second study, the research team turned to Facebook for a large naturalistic sample of public swearing. To detect dishonesty, the researchers ran Facebook status updates collected from 73,789 profiles through a linguistic analysis program called Linguistic Inquiry and Word Count (LIWC) looking for linguistic tip-offs signaling dishonesty. Previous research has found that liars tend to rely on certain words more than others. For example, liars tend to use fewer first-person pronouns (e.g., I, me) and more negative words (e.g., worried, fearful).

Again, there was a positive link between swearing and honesty.

“Profanity and honesty were found to be significantly and positively correlated, indicating that those who used more profanity were more honest in their Facebook status updates,” the Feldman and colleagues write. “Controlling for age, gender, and network size resulted in a slightly stronger effect.”

By analyzing Facebook profiles from American participants, the researchers were able to calculate state-level rates of profanity use. Integrity and corruption levels for each state were obtained through the State Integrity Investigation 2012, an analysis conducted by the Center for Public Integrity, Global Integrity, and Public Radio International.

Before you tell your coworkers to @#$&-off, Feldman and colleagues caution that all of these studies are correlational, and that the “findings should not be interpreted to mean that the more a person uses profanity, the less likely he or she will engage in more serious unethical or immoral behaviors.”

News > Minds at Work > Well, Son of a Biscuit: Swearing Correlated with Honesty