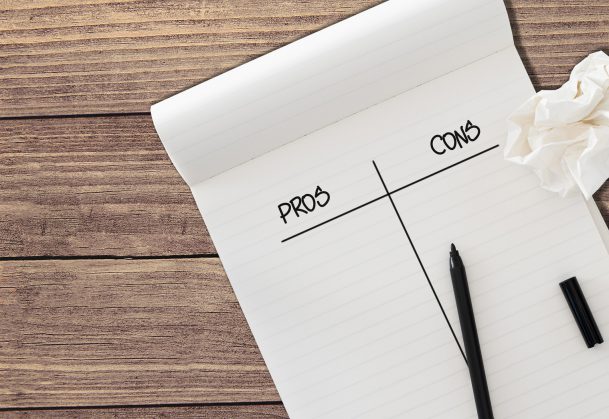 Imagine you’re offered a job with a salary 15% above your current compensation, along with more vacation time. A no-brainer, right?

Have you considered the longer commute you’ll have to make, or the fact that the health-care benefits aren’t as generous as your current employer’s plan?

Weighing the pros and cons of a career move is inherently nerve-racking, but research suggests that people tend to focus on the salary and vacation time in the aforementioned scenario rather than the drawbacks. When people under stress are making a difficult decision, they may pay more attention to the upsides of the alternatives they’re considering and less to the downsides, studies show.

“This is sort of not what people would think right off the bat,” said University of Southern California professor Mara Mather, who conducted a review of this research with her colleague Nichole R. Lighthall. “Stress is usually associated with negative experiences, so you’d think, maybe I’m going to be more focused on the negative outcomes.”

So how does stress evoke optimism?

In a research review published last year in Current Directions in Psychological Science, Mather and Lighthall point out that acute stress can actually charge up dopamine levels in the brain. Dopamine regulates the brain’s reward and pleasure systems.

The researchers cite several studies that entailed different ways of putting people under stress.  When volunteers anticipate and then give a speech, for example, or do mental arithmetic in front of an audience, they start paying more attention to positive information and discounting negative information. In essence, the stress boosts their ability to learn from positive feedback but douses the lessons they take from negative feedback.

This effect influences men differently than it does women. When men are under stress, they become even more willing to take risks; when women are stressed, they get more conservative about risk. Mather links this to other research that finds, at difficult times, men are inclined toward fight-or-flight responses, while women try to bond more and improve their relationships.

Does that offer still look too good to pass up?

News > Minds at Work > Under Stress, We Ignore the Negative Possibilities