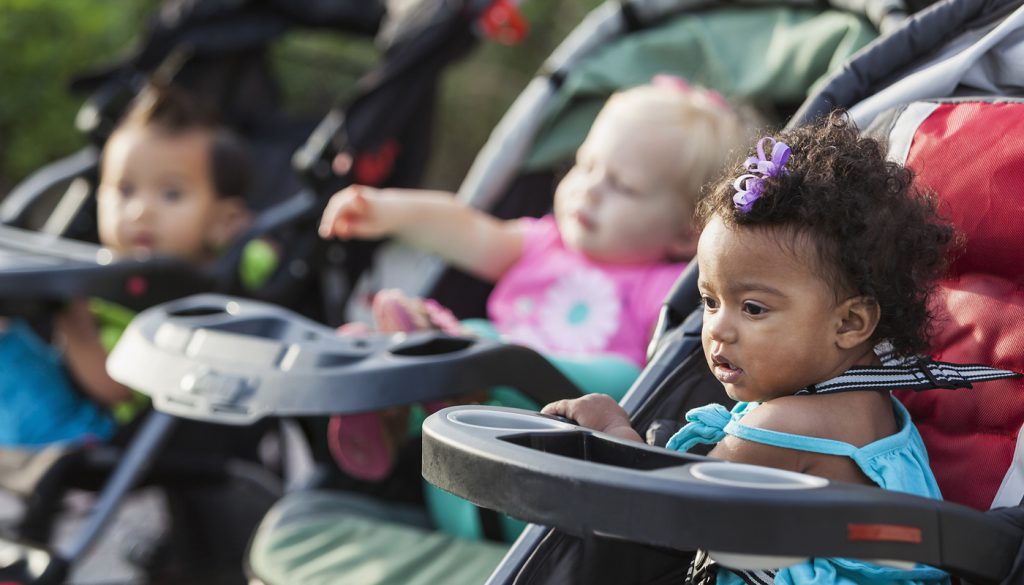 An extensive body of research has documented that parenthood leads to different career outcomes for mothers and fathers. For example, female employees have been shown to incur a so-called motherhood penalty: Relative to women without children, mothers in the workforce receive lower salaries and fewer promotions. In contrast, research has shown that working fathers often benefit from a fatherhood bonus: Fathers often experience a boost in salary and status compared to childless men.

In a new study, psychological scientists Julia B. Bear and Peter Glick found that the motherhood penalty and the fatherhood bonus may come down to employers’ assumptions about an employee’s role within their family.

Fathers are traditionally cast as the “breadwinners” of a family – bringing home the bacon – while mothers are assumed to be “caretakers,” taking on the lion’s share of child-rearing responsibilities. Thus, employers may assume that parenthood will reduce a woman’s dedication to her career while increasing a man’s commitment; the expectation is that mothers will need to leave work on time to pick up the kids, while fathers will double-down at work in order to provide for their families.

But Bear and Glick found that a little reframing could help reduce the motherhood penalty by turning the labels around, framing mothers as “breadwinners” rather than “caregivers.”

“Evidence from two studies supports the notion that the fatherhood bonus may be better understood as a breadwinner bonus that can apply to mothers as well as fathers, whereas the caregiver penalty remained gendered, occurring for mothers but not fathers,” the researchers write.

In one online study, the researchers recruited 475 participants (about 40% women) to play the role of a hiring manager for a fictional company. They were provided with detailed information about a top-notch job applicant. Half of the participants read about applicant “Lisa,” while the other half read about applicant “Gary.” Aside from the name, Lisa and Gary were identical – 10 years of experience, married with two young children, and described in glowing terms as “a real go-getter” by a former manager.

After reviewing the applicant’s background materials, participants were tasked with putting together a hiring package that would appeal to the job applicant. Participants could indicate a salary offer by selecting an amount on a sliding scale from $55,000 to $70,000. They could also offer flexible work options as a perk. However, the instructions mentioned that more flextime could hurt a candidate’s prospects for professional advancement (e.g. “Some candidates may not be interested in flexible schedule offers because they realize that limiting face time at the office can negatively affect future promotion rate and, therefore, salary).

The results revealed that participants offered Lisa, the female applicant, a lower salary and more flextime compared to Gary – despite their identical resumes.

The analysis also revealed that participants who rated Lisa as more of a breadwinner also offered her a higher salary. The more participants perceived Gary as a caregiver, the more they recommended offering him flextime as a perk.

Again, participants were asked to put together an attractive hiring package for the job candidate based on salary offer and flextime. Additionally, they could also offer the candidate a spot in a special leadership training program.

Explicitly labeling a mother as a family’s breadwinner essentially reversed the motherhood penalty.

In contrast to the motherhood penalty, this study found “little evidence that a caregiving father was penalized.” Fathers explicitly labeled as caregivers received equivalent salary and leadership offers as fathers labeled as breadwinners.

“In both studies, when family roles were not specified, gendered assumptions about breadwinning and caregiving influenced workplace incentives, benefiting fathers over mothers,” Bear and Glick conclude. “However, explicitly labeling a mother as the family breadwinner mitigated these assumptions, short-circuiting discrimination relative to fathers and fully erasing the motherhood penalty.”