Beyond recruiting staff that has the right skills, qualifications, and education for the job, organizations are increasingly looking for ways to boost another key component of success—creativity. 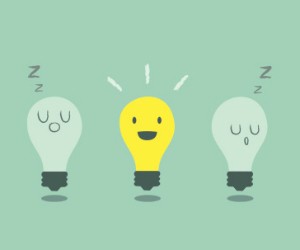 In a study recently published in Psychological Science, a trio of Harvard University researchers—Kevin Madore, Donna Rose Addis, and Daniel Schacter—found an unusual link between memory and creative problem-solving. The study showed that reminiscing about the specific details of an experience, tapping into what is known as episodic memory, helped spark “divergent thinking,” or the ability to come up with many creative solutions for a problem.

“Episodic memory supports ‘mental time travel’ into the future as well as the past, and indeed, numerous recent studies have provided evidence that episodic memory contributes importantly to imagining or simulating possible future experiences,” the researchers write.

Essentially, prompting people to imagine the specific details of a past event seems to also prime them to more vividly imagine the details necessary for coming up with multiple creative solutions to a problem.

To test this theory, the researchers ran two small experiments in which groups of volunteers were prompted to come up with creative ideas after reminiscing about a recent experience.

In the first experiment, a group of 23 volunteers watched a video of a man and woman performing a series of activities. Afterwards, half of the group answered a series of general questions about the video, including their impressions and opinions overall, and how they would describe the setting, people, and actions from the video.

The other group of participants were asked a series of questions that prompted them to recall specific details from the video. The researchers based these questions off of the Cognitive Interview, a protocol used to boost the number of accurate details that eyewitnesses recall about an event by visualizing the specific details of the setting, people, and actions they had seen.

Afterwards, both groups completed assessments measuring creative thought and imagination. To test for divergent thinking, the volunteers were rated on their ability to come up with as many creative and unusual uses for everyday objects as possible (e.g. newspapers and eyeglasses).

Participants who had recalled specific details about the movie had significantly higher scores on the divergent thinking task than those who answered general questions.

A second experiment looked at whether prompting episodic memories could also extend to coming up with the single best solution to a problem—a component of creativity called “convergent thinking.”

Again, the results showed that participants who recalled episodic details received a creativity boost on their divergent thinking performance. However, the episodic memory prompt did not lead to a bump in performance on the convergent thinking task.

The researchers suspect that imagining specific details may affect a cognitive process tapped by both remembering and imaging. Focusing on the details of an experience “may affect performance on subsequent memory, imagination, and divergent-thinking tasks because they all involve creating mental scenarios that contain details like those emphasized during the induction.”