Last fall, we reported on a study indicating that people with noble-sounding last names had a slightly heightened chance of working in management positions. But after conducting further analysis, the researchers behind that study have changed their conclusions. 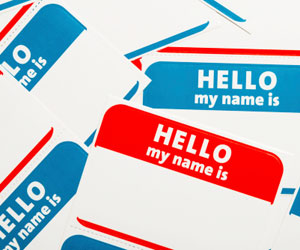 In the original study, published in November in the journal Psychological Science, Raphael Silberzahn of the University of Cambridge and Eric Luis Uhlmann of HEC Paris analyzed 84 different surnames among nearly 223,000 private-sector employees and managers in Germany. They compared 11 names associated with nobility, such as Baron and Kaiser, to a long list of names associated with everyday jobs, such as Bergmann (“miner”) and Schubert (“shoemaker”). They found that people with noble-sounding first names were more likely to occupy managerial positions.

But in a review of the research, the scientists found that the database they used for the study overestimated the relative share of people with more uncommon surnames, and that skewed the results. In collaboration with psychological scientist Uri Simonsohn of the Wharton School at the University of Pennsylvania, they embarked on another analysis, comparing the noble-sounding names with other surnames that were as equally prevalent in Germany. And with this approach, they observed no name-related effects on career status.

In a new collaborative commentary published in the same journal, the researchers report that “the apparent name-meaning effect is more likely attributable to name frequency.” Thus, they conclude that “no significant relationships between the meaning of a person’s name and his or her career outcomes can be confirmed.”

All data have been made publicly available via Open Science Framework and can be accessed at https://osf.io/stv79/. The complete Open Practices Disclosure for this article can be found at http://pss.sagepub.com/content/by/supplementaldata.