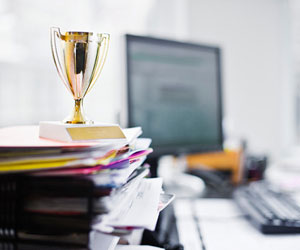 If you promise to complete a project on time and you deliver it ahead of the deadline, don’t expect any special kudos from your boss.

If you pledge a certain level of service and deliver even more than you promise, you aren’t likely to receive any especially-rosy customer reviews.

That’s the conclusion drawn from a recent management study about the social consequences of surpassing promises. There is plenty of research showing that keeping promises builds trust and loyalty from customers, employees, and friends.

They found that going above and beyond a promise doesn’t add much of a boost to your reputation.   In experiment after experiment, involving both real and hypothetical scenarios involving promises that were either met, broken, or exceeded, they showed that people draw about the same amount of goodwill whether they transcend a promise or simply fulfill it.

Why are those extra efforts unacknowledged? The researchers point to earlier social research showing a hypersensitivity toward dishonesty and unfairness, but a lack of rewards for generosity. While their experiments focused on promises between individuals, they suspected that this same phenomenon occurred with more abstract relationships, including those in business settings.

“Businesses may work hard to exceed their promises to customers or employees, but our research suggests that this hard work may not produce the desired consequences beyond those obtained by simply keeping promises,” they write in the journal Social Psychological and Personality Science.

To test that theory, they asked college students to imagine using an online company to buy concert tickets for Row 10.  The participants then were randomly instructed to consider receiving seating that was either worse than, better than, or exactly as promised. They then indicated their level of satisfaction with the purchase, as well their likelihood of both using the online ticketing company again and recommending the service to friends.

Unsurprisingly, the participants reacted negatively when they received tickets for seats that were worse than promised (no matter how bad the seats turned out to be).

But they were no more positive—in fact, were slightly more negative—when they received better tickets than promised compared to getting exactly what they were guaranteed.

The results of their research suggest that investing in customer freebies or a better-than-promised bonus to staff may yield disappointing returns, Gneezy and Epley say.

News > Minds at Work > No Extra Credit for Delivering on Promises

Thanks for the research results..however a substantial exception has not been mentioned in the results.

I come from decades of serving airlines and airports in optimising their customer service strategies in and outside
Europe.

Believe me.. if a passenger travels coach and gets upgraded to business class unexpectedly, he or she will consider traveling in high density travel area´s in Europe or US, all of a sudden a pleasure.

No longer wide-spread newspapers tipping your nose, but having all audio-equipment in front of you.

For airports: if you don´t have to stand lanes, but get selected to join a fast lane, guess what is does to your mood or blood-pressure?

2 examples indicating that someone whose expectations are all of a sudden exceeded (whilst being at zero level), surely feels good and/or satisfied.

Ratings Rise Over Time Because They Feel Easier to Make

People new to a ratings task are more critical than those who have been doing the evaluation task for longer period of time, a new study suggests. More

The National Registry of Evidence-based Programs and Practices (NREPP) is recruiting candidates to become certified reviewers tasked with rating the methodological quality and effectiveness of program evaluations. Funded by the Substance Abuse and Mental Health Services Administration (SAMHSA), NREPP is an evidence-based repository and review system providing reliable information on More

At What Age Does Hard Work Add a Shine to Lousy Prizes?

Putting in a lot of effort to earn a reward can make unappealing prizes more attractive to kindergartners, but not to preschoolers, according to research published in Psychological Science, a journal of the Association for Psychological Science. The findings revealed that when 6-year-olds worked hard to earn stickers that they More