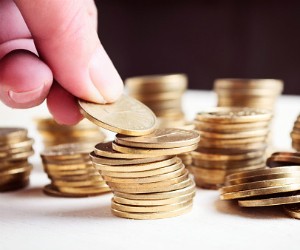 The cold touch of a nickel may be enough to keep people from helping each other, new research suggests.

In a new set of experiments in Poland, a team of researchers found that priming children with money by having them sort coins into their different denominations, as opposed to sorting different colored buttons, influenced how they behaved afterward when tasked with helping experimenters gather crayons. The children who handled money helped the experimenters significantly less than the children who sorted buttons.

While the findings are from simple experiments with children, psychological scientist Agata Gasiorowska (University of Social Sciences and Humanities, Warsaw) and colleagues believe that the motivations and foundations behind the behaviors are universal, stretching into business environments.

“Markets consist of roles (e.g., buyers, sellers, bosses, workers) and evoke analytical processes, such as proportionality and cost–benefit assessments,” they explain. “Money is such a strong symbol of the market that even subtle cues of money can bring behavior in line with market mode.”

Gasiorowska and colleagues argue that the differentiated roles established by the market clash with the personal similarities that often motivate prosocial or communal behavior, like helping someone. Their findings suggest that having, holding, seeing, or thinking about money may be enough to inhibit our drives to help one another — even in children as young as 3 years old who don’t even fully comprehend the concept of money.

In another experiment, the researchers found that the same money-handling task from the previous study caused children to keep more rewards for themselves and give less to their classmates when compared to groups that sorted candies or buttons respectively. After the priming condition, the researchers presented the children with six stickers and told them to take as many as they wanted. The researchers told the children that the stickers now belonged to them, but they could give as many as they’d like to their fellow classmates. The children who sorted money before engaging in this task ended up picking more stickers and keeping more for themselves in comparison to the groups who had sorted candies or buttons. Similarly, the amount of time spent handling the money predicted how many stickers the children took.

These findings indicate that the mere presence of money drives us to take more for ourselves, share less, and help less than we normally would if we didn’t encounter it. Moreover, it is not necessarily the knowledge of what money is that drives this change — as seen in this study on children between the ages of 3 and 6; rather money induces a market-mode mentality, which values roles, proportionality, and analytical processes over communal practices.

Money has positive effects on behavior, as well, the researchers found. They conducted two other experiments to see how handling money may affect the children’s performance and persistence on two tasks: a maze that with difficulty they could complete, and a jigsaw puzzle that was far beyond their abilities — and which none of the children could finish.

The experiments show that the mere presence of money in our lives is enough to change how we behave in drastic ways, even at the young age of 3.

“These findings could aid an understanding of how and why the human mind is equipped for participating in markets,” Gasiorowska’s team writes.

Great insights on the priming effects of money.
The study is worth replication in different cultures to enhance global generalizability of these interesting findings.