News > Minds at Work > Does a “Triple Package” of Traits Predict Success? 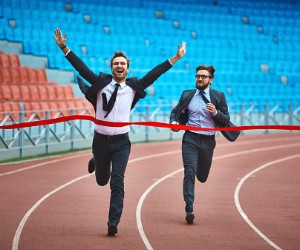 What makes one person more successful than another? For decades, social scientists have been trying to identify the factors that lead some people, but not others, to land dream jobs in high-paying, prestigious careers. While there’s certainly no set formula for becoming a success, researchers have identified several social factors that can certainly help your chances.

Educational attainment, general intelligence, and the Big-Five personality trait of conscientiousness have all been shown to consistently predict job performance, income, wealth accumulation, and status attainment.

But what about other social factors? In a controversial bestseller from 2014, The Triple Package, legal scholars Amy Chua and Jed Rubenfeld argue that a “triple package” of cultural traits is associated with professional success. Specifically, Chua and Rubenfeld hypothesize that “a tendency toward impulse control, personal insecurity, and a belief in the superiority of one’s cultural or ethnic group combine to increase the odds that individuals will attain exceptional achievement.”

Intrigued by the popularity of this theory, a pair of psychological scientists from Union College in New York decided to investigate whether this triple package passed scientific scrutiny.

“One might argue that these facts make their theory undeserving of attention in psychological science,” write co-authors Joshua Hart and Christopher Chabris. “We believe, on the contrary, that the wide dissemination and public discussion of Chua and Rubenfeld’s theory are affirmative reasons for investigating it.”

The link between personal insecurity and success proposed by the Chua and Rubenfeld didn’t quite pass the test. In fact, the analysis revealed that personal insecurity, deemed an important factor for success in the triple package hypothesis, was actually associated with less professional success.

“In every analysis, success was predicted significantly by both parental education and participant cognitive ability,” the researchers explain. “In three analyses, impulse control was an additional positive predictor of success; however, this effect was eliminated when we included the negative effect of personal insecurity, suggesting that the effect of impulse control is due to the fact that individuals’ higher in impulse control also tend to be more emotionally stable (i.e., less insecure).”

In a second experiment, another group of 828 adults from the United States completed a similar battery of surveys. Again, support for the triple package hypothesis was scant; impulsivity, ethnocentricity, and insecurity were poor predictors of professional success.

Personal insecurity continued to be negatively associated with measures of success. However, there was a small – but significant – association between ethnocentrism and income.

“Of course, the question of causation remains—it is possible that instead of ethnocentrism increasing income, people who are wealthier tend to think more highly of their social and cultural groups when those groups are wealthier, because people are motivated to believe that positive outcomes are intrinsically deserved,” the researchers explain.

Consistent with previous research findings, this study demonstrates that success is often predicted based on cognitive abilities, socioeconomic status, and personality traits related to emotional stability.

Previous research looking at real world job performance has linked the personality traits of conscientiousness, agreeableness, and emotional stability to success across the workforce.

“Perhaps there is a formula of learnable personality traits that increases individuals’ chances of succeeding in Western culture above and beyond what is contributed by native ability and the advantages of socioeconomic status,” Hart and Chabris conclude. “If so, the formula remains undiscovered—and we have found no evidence that the one proposed by Chua and Rubenfeld is it.”

News > Minds at Work > Does a “Triple Package” of Traits Predict Success?