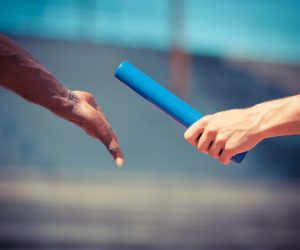 Working together isn’t always easy, especially when a stubborn supervisor or colleague is always putting their own self-interests ahead of what’s best for the group. When cooperation within an organization begins to crumble, productivity, morale, and profitability can all take a nosedive.

Researchers have a long history of exploring what motivates people to cooperate – or not – and how to foster and encourage effective collaboration within and across groups. Psychological scientist David G. Rand (Yale University) recently took an in-depth look at some of the cognitive factors that influence our inclination to cooperate: intuition and deliberation.

Specifically, Rand wanted to test whether cooperation flourishes when we take more time to consider our options deliberately or when we make quick decisions based on gut instincts.

Our intuitive responses are largely shaped by past experiences; when faced with a decision on whether to cooperate or not, people make quick decisions on the basis of what’s worked out the best in the past. This can foster either cooperation (i.e., if I cooperate with you, you’ll probably be nice to me in return) or non-cooperation (i.e., most people are selfish jerks, so there’s no point in helping anyone), depending on the person’s past experiences.

“Deliberation, conversely, allows us to adjust to the specific social situation we are facing at any given time, overriding the intuitive response if that response is not actually payoff maximizing in the current setting,” Rand explains in new research published in Psychological Science.

Rand hypothesized that quick, intuitive thinking would favor short-term payoffs, which might require cooperation some of the time, while more deliberate mindsets would allow people to consistently maximize their own self-interest – ultimately reducing rates of cooperation.

To test this, Rand scoured the scientific literature for suitable studies using economic games to measure cooperation. His search turned up 67 studies where players were prompted to make decisions using either intuition or deliberation. All of these games required participants to “make decisions about how to allocate real money between themselves and others.” For example, a study might use time pressure to force a quick, intuitive decision or a time delay to prompt heavy deliberation.

“As predicted, the meta-analysis revealed 17.3% more pure cooperation when intuition was promoted over deliberation, but no significant difference in strategic cooperation between more intuitive and more deliberative conditions,” Rand reports.

That is, making decisions based on intuition significantly increased rates of cooperation, but only under circumstances where self-interest was always the best option. When people had time to hash out all the details in these situations, they were far less cooperative.

“Critically, the key finding is not simply that promoting intuition over deliberation increases cooperation,” Rand argues. Rather, these findings suggest that specific circumstances have a predictable influence on whether our decision-making will favor self-interest over the good of the group.