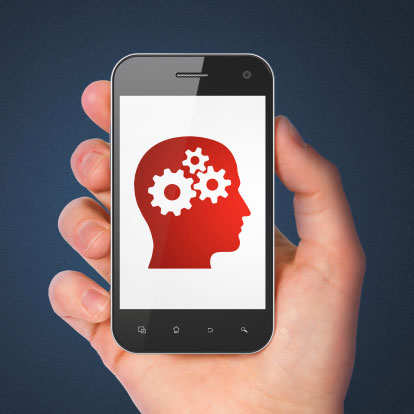 ollege graduates may enter the workforce with a lot of naiveté about business protocol and negotiation skills, but their technical prowess is arguably unprecedented. These are individuals who grew up with the Internet and the advent of smartphones, tablets, Wi-Fi, Twitter, and online multiplayer games. They’re the people you turn to when you need to develop a social media strategy or a new app for your customers.

But the technical skills that millennials bring to the office are not only generationally based, a new psychological study shows. People over 24 years of age have already reached their peak cognitive motor skills — including those used to learn new computer skills.

In one of the first social science experiments to rest on big data, doctoral students supported by Mark Blair, associate professor of cognitive science in the Simon Fraser University psychology department, investigated when we start to experience an age-related decline in our cognitive motor skills and how we compensate for that. The results of their research appear in a newly published article in PLOS ONE.

The researchers analyzed the digital performance records of 3,305 StarCraft 2 players, ages 16 to 44. StarCraft 2 is a competitive intergalactic computer war game that players often undertake to win serious money. Their performance records, which can be readily replayed, constitute big data because they represent thousands of hours’ worth of strategic real-time cognitive-based moves performed at varied skill levels.

Using complex statistical modeling, the researchers distilled meaning from this colossal compilation of information about how players responded to their opponents and more importantly, how long they took to react.

“After around 24 years of age, players show slowing in a measure of cognitive speed that is known to be important for performance,” explains Joe Thompson, the lead author of the study. “This cognitive performance decline is present even at higher levels of skill.”

But older players, though slower, seem to compensate by employing simpler strategies and using the game’s interface more efficiently than younger players, enabling them to retain their skill, despite cognitive motor-speed loss, Thompson said. For example, older players more readily use shortcut and sophisticated command keys to compensate for declining speed in executing real time decisions.

The findings, says Thompson, suggest “that our cognitive-motor capacities are not stable across our adulthood, but are constantly in flux, and that our day-to-day performance is a result of the constant interplay between change and adaptation.”

Thompson says this study doesn’t inform us about how our increasingly distracting computerized world may ultimately affect our use of adaptive behaviors to compensate for declining cognitive motor skills. But he does say our increasingly digitized world is providing a growing wealth of big data that will be a goldmine for future social science studies.