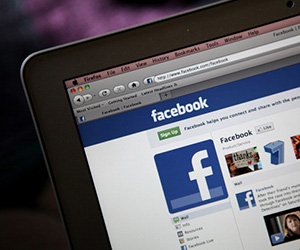 Walk by any employee’s work station on a given day and you may see that person quickly closing a Facebook or Twitter page from his or her computer desktop. No one wants to get caught tweeting or posting Instagram pictures when they’re supposed to be working. But studies indicate that four out of five employees now use social media for personal use during working hours.

A Norwegian study, however, shows that managers and executives, while critical of employees’ social media use at work, spend more time using social media during office hours than do their subordinates.

To assess how workers used social media while on the job, a team led by psychological scientist Cecilie Schou Andreassen at the University of Bergen surveyed more than 11,000 people. The researchers collected information on each respondent’s age, gender, education level, relationship status, and managerial responsibility. The team also designed some questions to measure personality traits.

Schou Andreassen and her team asked the participants about their attitudes toward and use of social media, such as the appropriateness of browsing Facebook while at work and the number of times they post a comment on Twitter in a given day. They also asked the respondents to reveal specific features about their workplaces, including restrictions on social media use.

The results showed that both mid- and top-level managers expressed more negative attitudes toward the use of social networks use during work hours compared to nonmanagers. This fits with previous studies showing that managers generally worry about the impact that Facebook, Twitter, Instagram and other social media services have on worker productivity.

The study revealed no conclusive reason for the discrepancy between managers’ attitudes and their behavior. But Schou Andreassen suggests that top executives have relatively longer working hours and integrate their personal and professional lives more than do lower-level employees.

The study, reported in the Journal of Computer-Mediated Communication, also indicated that the most active social media users in the workplace are young, single, and highly educated. Men are also more likely than women to browse the Internet during work hours.

“The finding may also reflect that people with a high socioeconomic status are not as afraid to lose their job as those in low-status jobs,” says Schou Andreassen. “In addition, high rollers may be more interested in social media to advance their career.”

“While outgoing people in general enjoy being social, anxious people may prefer to communicate digitally rather than in stress-inducing real-life situations,” Schou Andreassen suggests. “Ambitious people with a sense of order may surf less than others for private purposes, but will probably use the Web actively for work-related business during office hours.”

The survey showed that strict guidelines and limited access reduce private browsing at work, as does a heavy workload. But Schou Andreassen cautions against overloading staff to prevent them from using private social media. Instead, she suggests giving employees more interesting and challenging assignments to distract them from tweeting and “friending.”