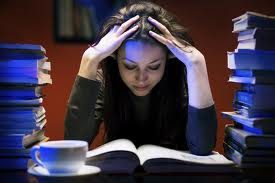 Willpower is the key to much that’s good in life. Willpower is what makes us save for the future rather than splurge now. It helps us to keep our heads down, studying and working when we really don’t feel like it, to earn that degree or promotion. Willpower allows us to say no to that tempting cigarette, extra dessert, or second glass of whiskey—and to hop on the treadmill. And, of course, failures of self-control can sabotage all those goals.

So it’s no wonder that psychological scientists have been studying willpower for decades, trying to figure out who is disciplined under what circumstances—and why. What exactly is going on in the mind’s cognitive machinery—and the brain’s neurons—when we successfully summon our will—or when we say, oh the hell with it?

One of the reigning theories of willpower is what’s called the energy model of self-control. According to this model, the brain is like a muscle, with a limited supply of strength, which can be depleted through exertion. Nobody is disciplined all the time; we all have lapses. And according to the energy model, these lapses occur when one act of self-control weakens our resolve, leaving us “fatigued” as we face another challenge. Many studies have demonstrated that an act of mental exertion can compromise subsequent acts of discipline. What’s more, proponents of this theory have reported evidence that the brain—again like a muscle—is fueled primarily by simple carbohydrates, like sugar, and that depleted willpower can be replenished simply by refueling.

This model of self-control has been tremendously influential, but not all scientists are convinced it’s the whole story. Northwestern University’s Daniel Molden is among the skeptics. He and a team of colleagues have been using new laboratory methods and novel experimental designs to reexamine the role of carbohydrate metabolism in self-discipline—and to offer a competing theory of how willpower plays out in the brain.

The scientists question several aspects of the energy model, beginning with the fundamental assertion that acts of self-control lower blood glucose levels. They suspected that this important finding might be the result of using imprecise blood glucose monitors, so they reran the basic experiment using state-of-the-art laboratory measures. They recruited volunteers, who fasted and rested before having their baseline blood glucose level measured. Some of the volunteers then completed a vigilance task requiring high self-control, while others did a task requiring little mental discipline. Afterward, all the volunteers gave blood samples for further analysis, and also performed another self-control challenge.

The results were intriguing. Volunteers who initially completed the mentally challenging task were in fact less persistent on the subsequent task. This is consistent with earlier work supporting the energy model. But—the more important finding—these volunteers did not show a drop in blood glucose, indicating that the act of willpower did not lead to increased carbohydrate metabolism, as the model predicts. Nor does it appear that low blood sugar can explain the subsequent lapse in mental power.

The energy model also predicts that consuming sugar will refuel self-control, by reversing the depletion of mental resources needed for discipline. Molden and colleagues reexamined this core idea in an imaginative way: As before, some of the volunteers performed a mentally depleting self-control task, and others did not. Then, some rinsed their mouths out with a solution of water and table sugar, spitting it out as they would with any mouthwash. Others rinsed with a solution that was sweetened with Equal, so it seemed just like a sugary drink but contained no fuel. Immediately after rinsing, all the volunteers attempted a second task requiring persistence and self-control.

The results again challenged the energy model. As reported in a forthcoming issue of the journal Psychological Science, those who rinsed with the artificially sweetened drink were much less persistent—consistent with the idea that self-control is mentally depleting. However, rinsing with the sugary solution appeared to restore the volunteers’ lost willpower—significantly more than rinsing with the artificially sweetened drink. The rinse is crucial here, and a departure from the original lab work: In the earlier experiments that led to the energy model, the volunteers had to actually ingest the sugar to get mentally replenished. But this study showed that merely rinsing with the sugary mouthwash had the same effect, restoring self-discipline. What’s more, it had this effect immediately. The experiment allowed no time to metabolize the sugar and make it into brain fuel.

So what’s happening here? If mental exertion is not depleting blood sugar, but is compromising subsequent self-discipline, then what’s the mechanism? And what’s restoring self-control, if not metabolized carbs? The scientists believe the mechanism is motivation. They believe that the mouth “senses” the carbohydrates in the mouthwash, and this sensation signals—likely through the brain’s dopamine system—the possibility that a reward is coming. Sensing that an energy boost is coming, the brain is motivated to put in extra effort. In short, the sugar motivates—rather than fuels—willpower.

The scientists ran two different versions of the rinsing experiment. One demonstrated the effect of the mouthwash on physical persistence; the other on cognitive persistence. But one important question remained unanswered: Is it possible that even rinsing one’s mouth with sugar might boost blood glucose—drawing out the body’s supplies? If so, this would revise—but support—the energy model of self-control. To address this, the scientists directly tested the effect of carbohydrate rinsing on blood glucose levels. They had a group of volunteers rinse repeatedly with a carbohydrate solution that was much stronger than the usual rinse—to make the standard of proof as rigorous as possible. Others drank the same concentrated solution. The results gave further support to the new motivational model of self-control. Blood glucose levels jumped in those who drank the sugary drink, but didn’t budge for those who rinsed.

All this may sound like inside-the-laboratory hair splitting, but it’s not. Understanding the nitty-gritty of how willpower works has wide-ranging social implications. If sugar and metabolism do play an important role in boosting self-control, educators would want to think about the kinds of cafeteria foods that might optimize discipline, productivity and learning in the classroom. And how should society deal with metabolic deficiencies, if in fact they pose greater challenges, for some, to success and well-being? Or alternatively, if lack of self-control is really a lack of motivation, rather than energy or ability, and motivation can be restored with something as simple as a mouthwash, this opens all sorts of possibilities for novel interventions in the future.

Wray Herbert’s book, On Second Thought, is available in bookstores. Excerpts from his two blogs—“Full Frontal Psychology” and “We’re Only Human”—appear regularly in The Huffington Post and Scientific American Mind.

News > Full Frontal Psychology > Where Does Self-Discipline Come From?

I don’t have time to go hunt sources at the moment, but the mouth is part of the digestive system, and some sugar would be ingested through rinsing in this way, particularly if people rinsed for 30s or so. It would probably end up making a noticeable blip in blood sugar, which would be an interesting measurement to correlate with the research.

It should be noted that ‘willpower’ has only re-emerged recently in psychological discource – it has not been studied with any degree of consistency.

In the early history of psychology, the ‘will’ as a concept was very heavily discussed, as a moral and behavioural notion, largely because psychology in those days (late 19th century) was outgrowing its roots in the Protestant ‘Mental and Moral Philosophy’ discipline which arose in the Scottish Englightenment and spread from there to the universities of the northeastern United States.

However, as scientific and mechanistic understandings of human behaviour took hold, ‘willpower’ was found to be incompatible with such views – having religious connotations and being something supposedly internal, unobservable and immeasurable. It became largely replaced by ‘motivation’ which is more external – that is, until work by Mischel et al on things like ‘self-efficacy’ and ‘delayed gratification’ in the 1960’s and later on work on ‘willpower’ per se by Baumeister in recent years.

Your distinction above effectively reprises this differentiation in the modern context – is willpower internal (i.e. motivated by sugar but not dependent on it) or external (dependent on sugar).

For more see:
Danziger, K. (1997). Naming the mind. [especially chapter on motivation]
Dixon, T. (1999). From passions to emotions.
Also anything by Graham Richards or Robert Smith

I think this topic is very interesting. I´ve been reading a few articles about willpower and the carbohydrate thing and i have a question: what about the anorectic patients? They eat nearly nothing and have a very strong willpower. Mostley they show very good performance at work, school, university, strictly in planing their life and doing sports and so on. Have you an idea?
Best regards

Have often thought willpower is astrong internal forces that compel somebody to act or do something and the force is dependant.could be genetical,situations,desire to please or be praised,etc.Envoroment can also be an attributing factor.for poeple born and brought up in in hardship may be boud to be strong in willpower in comparision to the opposite.

Although this is one data point, I personally get more willpower when I take my ADHD meds (stimulating dopamine production), which would align with the hypothesis presented above.

What Do We Want Our Scientific Discourse to Look Like?

Psychological scientist Alison Ledgerwood curates a discussion on what scientific discourse has become in the age of social media and how it might evolve to be more productive. More

The Coattails Phenomenon: Getting Character From Others

My high school classmate Tom Gordon was everyone’s choice for least-likely-to-succeed. He drank too much and drove too fast, and got busted for petty theft again and again. He skipped school as often as he showed up, and was too undisciplined for sports or other organized activities. When he did More