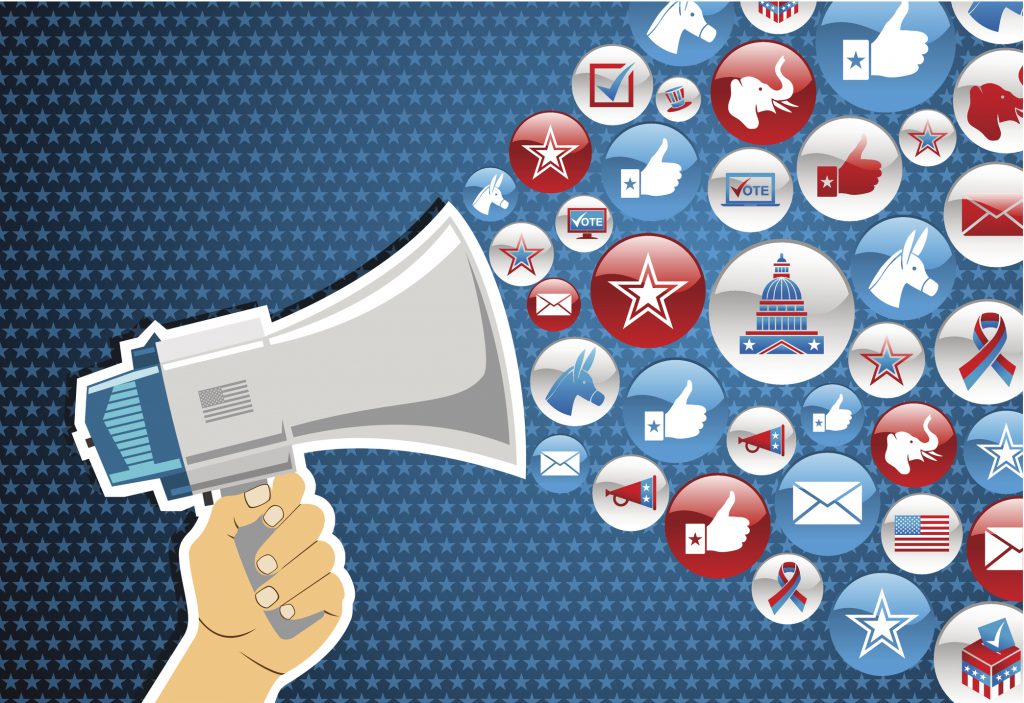 These findings suggest that, while people with moderate attitudes tend to be more evenhanded, those on the extreme ends of the political spectrum seem especially convinced that their viewpoints are the only “correct” ones.

Psychology researcher Kaitlin Toner, a postdoctoral fellow at Vanderbilt University, and her colleagues believe these new findings have something important to say about the current political climate in the United States.

“Given the stalemate in Washington, understanding why people become so entrenched in their views — even when there is not an objectively correct answer — is more important than ever,” says Toner, who conducted the research as a doctoral student at Duke University.

Toner and her colleagues at Duke were struck by the blatant biases they saw in media coverage of the 2012 presidential election:

“Pundits, politicians, and even commentators on online news articles seemed so confident that their own views were better than everyone else’s,” says Toner. “Logic would argue that they couldn’t all be right 100% of the time, so we wondered what was making them so sure of the superiority of their opinions.”

Participants then indicated how correct their opinions were relative to other people’s beliefs on each issue, ranging from “no more correct than other viewpoints” to “totally correct — mine is the only correct view.”

Overall, participants who were more conservative politically showed higher levels of dogmatism, a personality trait that describes people who are inflexible in their ideological beliefs. This finding replicates prior research and supports what scientists call the “rigidity-of-the-right” hypothesis.

But the data on belief superiority revealed a more nuanced picture.

Conservatives and liberals reported that their view was the only correct view on the same number of issues, though the issues they felt most superior about differed between the two groups. Conservatives felt most superior about voter ID laws, tax rates, and affirmative action, whereas liberals were most convinced of the superiority of their views on government welfare programs, the use of torture on terrorists, and the role of religion in policymaking.

“We assumed that there would probably be some issues for which liberals felt more superior than conservatives and vice versa, but we didn’t anticipate that the numbers of these issues would be so evenly distributed,” says Toner.

“There’s no logical reason why people who hold moderate, middle-of-the-road attitudes wouldn’t think that their attitudes are superior. But they don’t tend to believe that; it’s the people with extreme attitudes who are disproportionately convinced that they are right.”

The researchers believe their findings shed light on how people become so polarized in their opinions: “They don’t just take a side, they actually believe that everyone who disagrees with that view must be wrong,” Toner argues.

Toner and colleagues are now investigating whether this belief superiority trend translates to other domains, such as environmental issues, social norms, preferences, and etiquette.

And they are also exploring a possible flipside to belief superiority:

“We’re also studying ‘intellectual humility,’ or the degree to which people recognize that their beliefs might, in fact, be wrong,” says Toner.