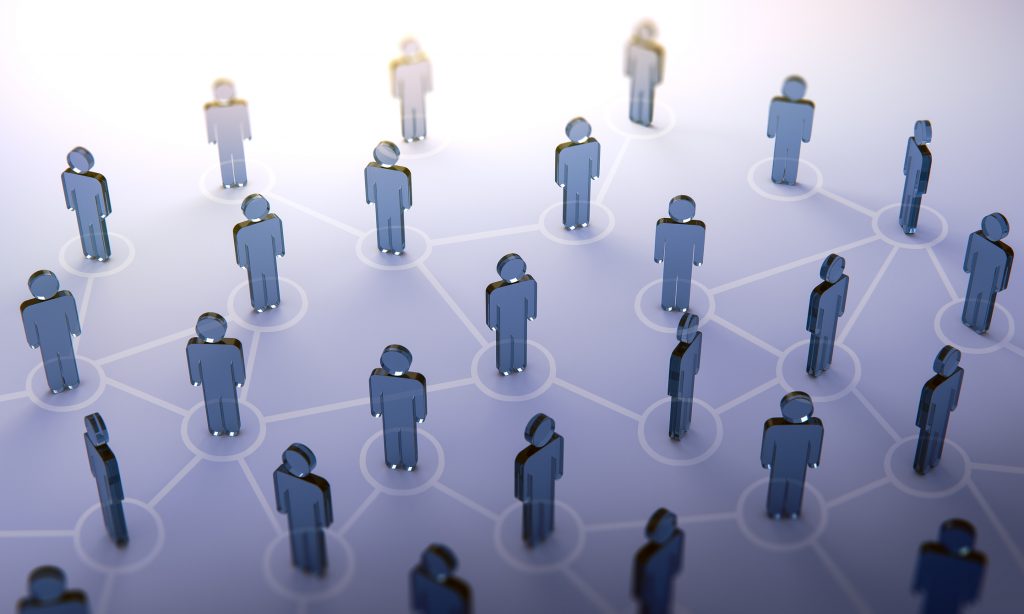 Research using advanced computer modeling sheds light on how behaviors may become “contagious” in large groups, showing that the memory of one individual can indirectly influence that of another via shared social connections.

“In large social networks, our model demonstrated that information is ‘contagious’ in much the same way that behavior seems to be contagious,” say researchers Christian Luhmann and Suparna Rajaram of Stony Brook University. “These results suggest that information transmission is a critical mechanism underlying the social transmission of behavior.”

The researchers started by simulating information sharing in small three-person groups. Each simulated group member was programmed to be able to memorize information and learn from the other two members of the group, in accordance with prior findings derived from experiments with real people to reflect actual memory-related processes.

The recall ability of the collaborative group was compared to the combined memory performance of three simulated individuals who studied and recalled words independently. In total, the researchers simulated 1000 group-versus-individual comparisons.

Again, the results echoed those found in small-scale experiments with real people. The researchers found that collaborative inhibition increased as the groups grew from two to seven members – each additional member improved the overall recall of collaborative groups but these groups continued to lag behind the performance of the same number of individuals working in isolation.

Then, to see how information would spread throughout a large group, Luhmann and Rajaram created a model that placed individuals into large, realistic networks and allowed them to interact with their “neighbors.”

As one might expect, the results showed that direct neighbors showed more similar knowledge than did individuals who were indirectly linked through a shared neighbor.

However, the individuals that shared a neighbor, but who never interacted with each other, showed more similar knowledge than those who were separated by two people in the network.

This suggests that a shared neighbor acts as a go-between, transmitting information to the individuals on either side, allowing them to indirectly influence each other. The researchers found that this indirect influence waned as the distance between two individuals grew, leveling off after six degrees of separation.

“We know that social influences on memory are complex, and yet our simplified model is sufficient to account for key findings from previous work, both within small groups and large social networks,” say Luhmann and Rajaram. “Taken together, the findings of the current study leverage laboratory results and explanations to develop a much-needed theoretical account of behavior in large social networks.”

The researchers believe that these findings could shed light on the mechanisms that drive real-world contagious phenomena, including smoking, obesity, eyewitness testimony, and even fads and fashion.

This research was supported by National Science Foundation Grant 1456928.