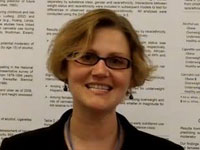 Identification of risk-factors for early drinking, smoking, and illicit drug use is essential for targeted substance abuse prevention. Few studies have examined associations between weight during childhood and early substance use, with mixed results. Some research has linked childhood obesity to higher rates of alcohol, cigarette, and/or cannabis use during More

The Think Tank is a mobile cognitive science lab and education station. We’ll drive to schools and museums to inspire hundreds of young minds as we work to close the gender and race gap in science through experiential learning. Upcoming, Action-Packed Gala. With your help, we’ve raised enough to purchase More

Improving the Health of All Americans

The Robert Wood Johnson Foundation (RWJF) Health & Society Scholars (HSS) program is designed to build the nation’s capacity for research, leadership, and policy change in health. The program seeks to improve the nation’s health by addressing the full spectrum of factors that affect health and inform policy. Up to More

New York University http://psych.nyu.edu/westlab What does your research focus on? My research primarily examines the dynamics that unfold during dyadic interactions, with a particular focus on the intergroup (e.g., cross-race) context. I study how individuals come to make sense of their partners’ behaviors, whether the inferences they make based on More

How to Defuse a Hateful Slur

The Huffington Post: Well, now we have a psychological explanation for this counterintuitive phenomenon of self-labeling. Columbia University psychological scientist Adam Galinsky and his colleagues have come up with an elaborate model to illuminate self-disparagement — its origins, intentions, and consequences. The scientists ran ten experiments to begin documenting this More