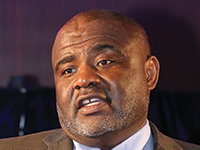 Why Should Psychological Science Care About Diversity?

APS Fellow Robert M. Sellers has a novel way of encouraging psychological scientists to increase racial and ethnic diversity in their field: Make it all about the science. “Diverse perspectives, in and of themselves, are just better,” he told the audience in an invited address at the 2015 APS Annual More

The Science and the Injustice of the Central Park Jogger Case

In 1989, a 28-year-old, female jogger in New York City’s Central Park was brutally attacked and raped. Trisha Meili nearly died of the injuries sustained during the attack. But the tragedy mushroomed when five teenagers falsely accused of the crime were arrested, convicted, and incarcerated — not to be exonerated More

The Paradox of Effort

The Atlantic: Denying instant gratification in deference to long-term goals is virtuous, people tell me. Those people might be right. Psychologists call it self-regulation or self-control. And together with conscientiousness, it’s at least a trait (or a coping mechanism) that’s reasonably good at predicting a young person’s future. People with More

This school divides students by race for an experiment

CNN: One of New York City’s most elite and progressive elementary schools is conducting an experiment on race by separating students. Read the whole story: CNN &nbsp More

The Flexibility of Racial Bias

Scientific American:  The city of Baltimore was rocked by protests and riots over the death of Freddie Gray, a 25-year-old African American man who died in police custody. Tragically, Gray’s death was only one of a recent in a series of racially-charged, often violent, incidents. On April 4th, Walter Scott More