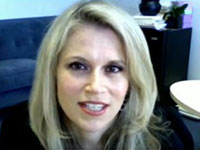 How the Brain Made Room for Complex Social Ties

When APS Fellow and Janet Taylor Spence Award recipient Naomi Eisenberger was a graduate student, she ran an experiment in which study participants felt socially excluded: Participants situated in an fMRI machine played a virtual game of catch with two other players — or so they thought. In truth, they More

A New Focus on Depression

The New York Times: When will we ever get depression under control? Of all the major illnesses, mental or physical, depression has been one of the toughest to subdue. Despite the ubiquity of antidepressant drugs — there are now 26 to choose from — only a third of patients with More

It’s Not That Easy Being Mean

An impatient commuter shoves us out of the way to get onto the subway train. The bullying boss enjoys berating us in front of colleagues. We routinely deal with people who seem socially reckless, quick to retaliate at any perceived slight, and unremorseful if not downright sadistic.  And some of More

In the United States, the squeaky wheel gets the grease. In Japan, the nail that is sticking up shall get pounded down. Although admittedly simplistic, anyone who has spent time in these two cultures can attest to some fundamental truth in these cultural axioms. Social norms vary sharply across cultural More

This article is part of a series commemorating APS’s 25th anniversary in 2013. In winding up this year-long series, the Observer contacted several APS Rising Stars from the past few years and asked them to provide forecasts on the different directions that psychological and integrative research will take over the More

The Nature of Empathy and Compassion

Tania Singer is recognized as a world expert on empathy and compassion, and takes an interdisciplinary approach to study social and moral emotions such as fairness, envy, compassion, and revenge.  In addition to brain imaging, her research methods include also game theoretical and psychological tasks, virtual reality environments and measuring More